Winners of Volkswagen x Underground Battle of the Bands 2017

The inaugural Volkswagen x Underground Battle of the Bands 2017 was held successfully at HangOut, Sai Wan Ho, Hong Kong on 27th May 2017. The long process of competing and voting came to an end in an energy-filled, explosive finale.

Cowhead opened up the night with Spanish-flamenco guitars crossed with Bossa Nova and tempo changes that kept the audience on their feet, the only instrumental band of the night, their guitarist Wan Chun Wing won the Best Guitarist award.  Next up was Dusty Bottle a jazz and soul outfit who pulled off a slick, cool performance that netted their bass player Matthew Leung with the Best Bassist award.  Third up were Esimorp with their strong brand of alternative pop rock and songwriting ability satisfy the judges so that they were awarded Best Band and walk home with prizes including recording time, Parsons Music vouchers, and a free shuttle service with a Volkswagen T6 Transporter for their next two gigs. Fourth band performing were LPM who meshed different genres together for an entertaining set and their drummer Pun Tak Hei took home Best Drummer award.  Fifth band were Mockingbird who brought along a set of emo-rock music to the competition.  Sixth band Narcissus surprised the audience by blending synth metal with jazz skiffle and nabbed both the Best Keyboardist and the Best Vocalist awards for the night.  The final band to perform, Wanchai Road played a set of pop rock with their fanclub waving their band name and cheering throughout their set, so it was no surprise that they won People's Choice Awards that night, which is entirely voted by fans.

The complicated job to pick winners from seven excellent bands rested on the shoulders of a panel of judges, which included Sammy So (KOLOR), Shaun Bowers (Billboard Radio China Director) and Lauren James (SCMP journalist). A list of criteria such as musical ability, interaction with the audience and originality were reviewed before they came up with the final decisions. The audience votes counted for 25% of the votes.

Says Chris B, organiser of The Underground HK, “The competition was a great opportunity for many Hong Kong bands to experience performing in new environments, make new friends and learn more about improving their own performance.  Working with Volkswagen made all of this possible and we look forward to future battles in collaboration with Volkswagen"

Volkswagen Hong Kong has partnered with The Underground to create an exciting new platform giving budding & established musicians the chance to shine in front of live audiences and to develop their musical careers. Volkswagen and The Underground Battle of the Bands are looking to discover the very brightest and most original musical talents in Hong Kong.

Volkswagen has long been committed to providing the finest automotive products and services to customers who value accessible German engineering with innovative technologies. Volkswagen’s history as an emblem of the counter culture and out of the box thinking is even longer. This is the reason why this partnership has been created as part of a commitment to support alternative creativity in Hong Kong.

The Underground was founded in 2004 to encourage original music in Hong Kong, by creating live music showcase events for bands. Since then, The Underground has hosted over 250 events and sent 6 bands to Canada, 2 bands to London, UK and 1 band to Malaysia.

Volkswagen x The Underground Battle of the Bands will start on 18th of February 2017 with the first of four semi-final heats. The remaining three will take place on, 4th & 25th March and 22nd April, with the The Grand Final on 27 May. Prizes include recording time with Sammy So (Kolor), Parsons coupons, free shuttle service with a Volkswagen T6 Transporter for the winning band’s next two gigs. Video from every band’s performance will also be shared on social media platforms.

To enter, all bands need to do is to submit an entry form along with an .mp3 recording of a track representing their talents. The competition is open to any musicians and bands currently residing in Hong Kong who are over 18 years old. 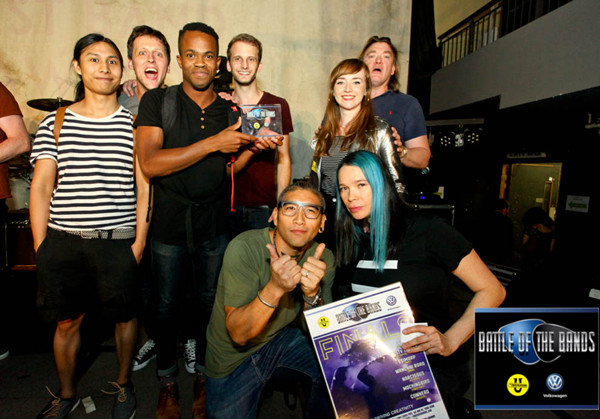