ORLANDO, Fla.--(BUSINESS WIRE)--Tupperware Brands Corporation today announced that Chairman and CEO Rick Goings has been elected Chairman of the Board of Business Executives for National Security (BENS), a non-partisan organization that supports the U.S. government by applying pro bono best business practice solutions to its most intractable national security challenges. He replaces Joseph E. Robert, Jr., who has served as Chairman since 2007 and will now become Chairman Emeritus.

Goings has been a BENS member since 2002 and a member of the Executive Committee since 2009. He was recently part of a joint delegation between BENS and the U.S. Department of Defense Task Force for Business and Stability Operations (TFBSO) that visited Iraq to learn more about local businesswomen, the challenges they face in Iraq’s fast-growing economy, and the potential business and investment opportunities in the country. The delegation was the first of its kind to visit Iraq solely for the purpose of studying women’s issues.

“I’m honored to expand my role at BENS and work even more closely with the board and membership to apply best practices from Corporate America against the national security challenges we face today, both here and abroad,” said Goings.

As Chairman, Goings will lead BENS’ efforts to provide government leaders with new ideas and approaches on ways to transform the business of national security. He will also engage BENS members to champion policy projects; interact with senior military and civilian leaders; work directly with federal, state and local government leaders; and visit military and other national security–related institutions.

In 2010, Goings was recognized by the President of the French Republic, Nicolas Sarkozy, with the distinguished decree of “Chevalier de la Légion d’Honneur” for his service to and support of disadvantaged children and women in developed and developing nations. The People’s Republic of China recognized Goings with the Marco Polo Award in March of 2000 for his visionary leadership and his significant role in China’s economic development. Additionally, in 1999, the Boys & Girls Clubs of America honored Goings with its highest award, the Herbert Hoover Humanitarian Award, for his outstanding leadership as National Chairman.

“With his leadership demonstrated at Tupperware Brands and the Boys & Girls Clubs of America as our guide, we believe that Rick will expand BENS’ public visibility and reach; continue to improve our board governance; apply excellent business practices and standards to our work; and further energize BENS generally,” said BENS Chairman Emeritus Joseph E. Robert, Jr.

The BENS Board of Directors includes an array of business, non-profit and military leaders, including Herbert A. Allen, Jr., President and CEO of Allen & Company; Raymond G. Chambers, Chairman of the Amelior Foundation; Josh S. Weston, Honorary Chairman of Automatic Data Processing, Inc.; Bernard Marcus, co-founder of Home Depot and Chairman of the Marcus Foundation; and BENS Founding Chairman Stanley A. Weiss.

Each year, BENS honors outstanding Americans with the Eisenhower Award. The award is given to public servants and private citizens whose contributions to America best reflect President Eisenhower’s definition of security as “the total product of our economic, intellectual, moral and military strength.”

Tupperware Brands Corporation is a portfolio of global direct-selling companies, selling premium innovative products across multiple brands and categories through an independent sales force of 2.6 million. Product brands and categories include design-centric preparation, storage, and serving solutions for the kitchen and home through the Tupperware brand and beauty and personal care products for consumers through the Armand Dupree, Avroy Shlain, BeautiControl, Fuller Cosmetics, NaturCare, Nutrimetics, and Nuvo brands. For more information, log on to www.tupperwarebrands.com. 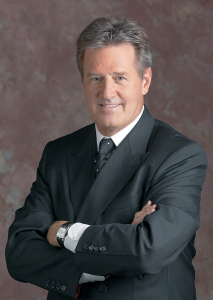