"It has been a year since Tyrol-Do started in Nara. With the opening of the branch in Kanazawa, We are proud to announce that the further expansion of Tyrol-Do throughout Japan will begin in 2023! Tyrol-Do is not a mere place of fun for children, but also a community for adults to learn about a better society for our future." said Takashi Yoshidada, CEO of Atelier e.f.t. "We hope that this grand award will encourage more people to support our activity.”

Magical Dagashiya Tyrol-Do is a magical candy store where locals can support children who are living in poverty or are lonely. The capsule toy machine at the entrance has the magic to change the value of currency. By getting rid of the limit of target for support, there were increased opportunities to approach children who really need support while also giving adults a casual way to contribute in their daily lives.

・A dramatic challenge to overcome the style of “support.”

"Dagashiya (penny candy store) is a place where children can gather without discrimination. The "Tyrol bill" is a new monetary unit only applicable here. Tyrol-Do was established in October 2021 to overcome the challenge of "support," which requires a lot of attention from both those who provide and those who receive, and is difficult to determine the proper extent. In support of this initiative, five mothers with small children opened a second store in Kanazawa in July 2022. Dagashiya employs a system with less burden of the initial investment. The day when Tyrol-Do expands all over the country will not be so distant in the future." a judging committee member said.

・About the GOOD DESIGN AWARD

Established in 1957, the GOOD DESIGN AWARD is a prestigious design award in Japan. Awards are given to products and services related to people's lives, whether tangible or intangible, including consumer electronics, architecture, software, systems, and community development and initiatives. Throughout its 60-year history, the GOOD DESIGN AWARD has attracted over 50,000 entries from more than 45 countries and regions globally. The purpose of the GOOD DESIGN AWARD is not about competing for excellence in design, but rather about discovering value in design and promoting ideas for future creations.

・About the Japan Institute of Design Promotion

Since its establishment in 1969, the Japan Institute of Design Promotion (JDP) has been the only organization in Japan committed to design promotion activities. JDP is mainly responsible for organizing the GOOD DESIGN AWARD, one of the world's most prestigious design awards, and cooperates with other awards and organizations around the world to administer the awards, provide expertise, and manage exhibitions. Through its collaborative activities with various organizations, JDP strives to promote understanding of design in society and to communicate the value of Japan’s design to the world. In addition, JDP has been involved in the management of the World Design Organization (WDO) as its Japanese representative since 2019. 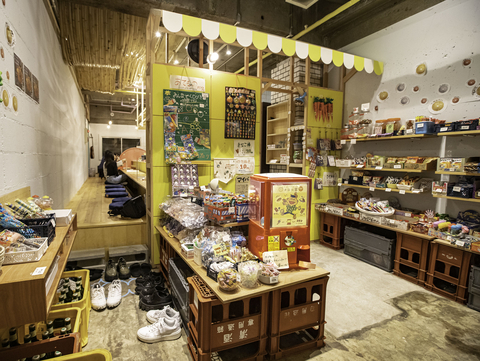