TOKYO--(BUSINESS WIRE)--Kioxia Corporation, a world leader in memory solutions, announced today that it was awarded the 2020 Field Innovation Award Silver Prize by the Japanese Society for Artificial Intelligence (JSAI) for its TEZUKA 2020 project. TEZUKA 2020 brought AI and humans together in collaboration to create a new manga, or comic book, in the nearly identical artistic style of manga legend Osamu Tezuka.

The Field Innovation Award recognizes individuals and organizations that leverage AI technology to solve real-life issues and advance the state of business and society.

The TEZUKA 2020 project was acclaimed as an innovative use of AI technology to develop a new manga, which involves combining numerous elements of storytelling, including location settings, characters, plot development, dialogues, panel layouts and speech bubbles. Through the AI technology, the project team created prototypes for new plots and characters, all while honoring the unique and highly recognizable Tezuka style. Human artists then used these AI-created prototypes to develop a complete, full-length manga entitled “PHAEDO.”

Kioxia, guided by its mission of uplifting the world with memory, uses AI technology to support creativity as well as to improve production efficiency and quality through memory solutions.

The members of the TEZUKA 2020 project are as follow:

Creating plots with AI
To enable AI to learn the essence of Tezuka’s works and artistry, 130 of his creations were deconstructed and split into 13 common plot development phases to be used as data. The AI technology used that data to generate story outlines (Figure 1), generating over 100 plots in total. Thereafter, the project members discussed the storyline options, some of which had highly unexpected twists that people would not likely have imagined, and ultimately selected the plot that became the basis of “PHAEDO.”

Creating characters with AI
This project used an AI technology called Generative Adversarial Networks (GAN), which learned Tezuka’s authentic artistry to generate characters that were extremely close to his style. Some 4,500 facial images were gathered, but only a small number of the images were ideally suited to machine learning due to their orientation and proportions (Figure 2). To enable the AI to learn the characteristics of Tezuka’s illustrated human faces, the project team introduced a process called “transfer learning” to the AI technology, allowing it to accurately learn Tezuka’s manga characters and generate its own characters in his unique style (Figure 3).

About Kioxia
Kioxia is a world leader in memory solutions, dedicated to the development, production and sale of flash memory and solid-state drives (SSDs). In April 2017, its predecessor Toshiba Memory was spun off from Toshiba Corporation, the company that invented NAND flash memory in 1987. Kioxia is committed to uplifting the world with memory by offering products, services and systems that create choice for customers and memory-based value for society. Kioxia's innovative 3D flash memory technology, BiCS FLASH™, is shaping the future of storage in high-density applications, including advanced smartphones, PCs, SSDs, automotive and data centers. 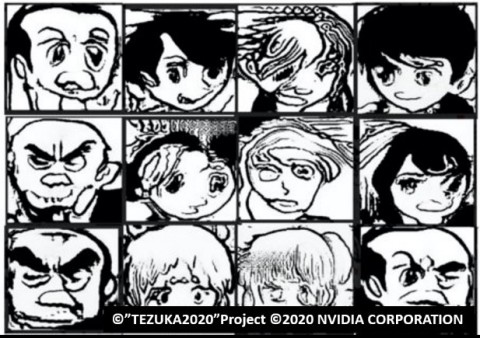 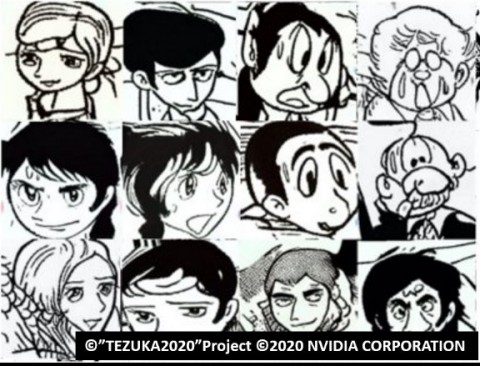