Lightspeed India raises $275 Million, to partner with bold founders building for India and from India for the world

This year began with a crisis like no other. It is always tough to start a company, it requires passion & leadership - and in these times, it requires more courage than ever before. Lightspeed believes this is when the best entrepreneurs and companies of the future will emerge. Strong founders are utilizing the tailwinds of India’s digital ecosystem growth to build out a new future and Lightspeed is strongly committed to backing these founders.

Since its inception in India in 2007, Lightspeed has partnered with founders at early stages, as early as pre-product or pre-traction in many cases. More than 80% of its investments have been committed to firms at seed or series A stages. Lightspeed will continue to focus on early stages of innovation, and work with founders to support them through their growth lifecycle – including the growth capital pool of over $3 Billion raised recently in its global funds.

With the Indian digital opportunity accelerating, many more sectors in B2B and B2C and categories are emerging where technology is enabling new businesses and models. Startups need more broad-based operational engagement. Over the last few years, Lightspeed has expanded Lightspeed India Advisors partnership to six partners, based out of Delhi and Bengaluru. These partners are: Harsha Kumar, Vaibhav Agrawal, Akshay Bhushan, Hemant Mohapatra, Dev Khare and Bejul Somaia. Lightspeed has also broadened its portfolio service teams in areas like executive recruiting, marketing and customer introductions.

With this fund, as with each of its previous funds, Lightspeed remains committed more than ever, to its mission of partnering with bold entrepreneurs building exceptional companies of tomorrow.

Lightspeed India Partners is a multi-stage venture capital firm focused on accelerating disruptive innovations and trends in the Enterprise and Consumer sectors. Since 2007, Lightspeed India has backed entrepreneurs and helped build companies of tomorrow, including OYO, Byju’s, Udaan and Sharechat. 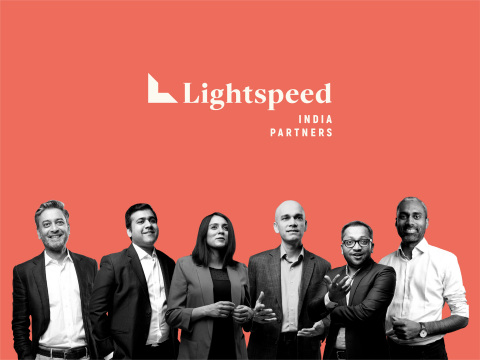