From reaching its 2020 goal of providing 15 billion liters of clean water through its Children’s Safe Drinking Water (CSDW) Program, to using its voice to spark conversations about gender and racial equality, 2019 was a year in which P&G’s leadership made a meaningful impact in the community and with the Company’s employees.

“We’ve built Citizenship into our business, and it’s not only doing good, it’s building trust and equity with consumers, and driving growth and value creation—allowing us to be a force for good and a force for growth,” said David Taylor, P&G’s Chairman of the Board, President and Chief Executive Officer. “It’s not a separate thing we do on the side—it’s how we do business every day around the world.”

With operations in about 70 countries serving nearly five billion people, the Company leverages its scale, innovation and talented employees, along with the reach of its 65 leadership brands, to do good every day. P&G’s contributions have been recognized externally with higher 2019 rankings on Fortune’s World’s Most Admired Companies and the Axios Harris Poll 100.

Highlights of the P&G 2019 Citizenship Report include:

This is the 20th consecutive year P&G has issued a report on the Company’s efforts to have a positive impact on the world, beginning with P&G’s first Sustainability Report in 1999. The Executive Summary, a 24-page overview of the progress and stories, is available online as well as a 140+ page detailed version of the report. 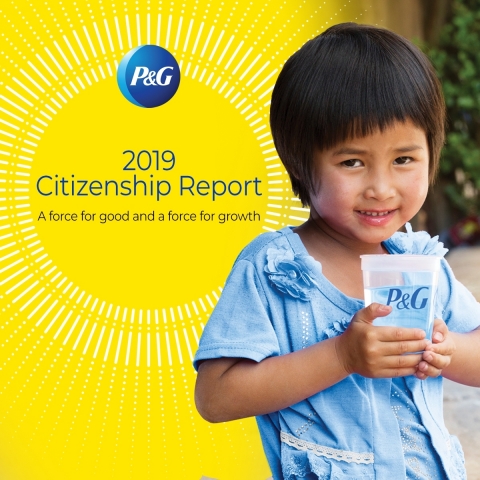