Majid Al Mansouri President of the International Association for Falconry

In a New Emirati Global Achievement

ABU DHABI, United Arab Emirates--(BUSINESS WIRE)--His Excellency Majid Ali Al Mansouri, Secretary General of the Emirates Falconers’ Club, was elected with a great majority by the delegates as President of the International Association for Falconry and Conservation of Birds of Prey (IAF) at the conclusion of the General Assembly held on the 22nd of October 2018 in Bamberg, Germany. This is a new achievement for the UAE and its valuable efforts in preserving human heritage, preserving falconry and sustainable hunting. Formerly the UAE led one of the most important achievements in falconry history which was the registering of the falconry heritage in the Representative List of the Intangible Cultural Heritage of Humanity in UNESCO, which happened in 2010.

The IAF is a non-profit organization founded to preserve the art of falconry with 115 clubs and falconry institutions in more than 90 countries, representing more than 70,000 falconers around the world.

His Excellency Majid Al Mansouri expressed his pleasure in representing the UAE in the IAF and winning the Presidency, and he said, "The UAE's leadership of the IAF is a crowning of the UAE achievements in this field for decades and it increases the importance of winning the Presidency of the IAF that happened in the year where we celebrate the centennial of His Highness Sheikh Zayed bin Sultan Al Nahyan. Due to his vision In 1976, falconers gathered from all around the world to discuss the future of falconry, which means that the UAE's leadership of the IAF is an extension of the efforts of Sheikh Zayed, the First Falconer and one of the most important environmentalists in the world, whose vision reached what modern nature protectors later defined as sustainable hunting."

In particular, during his tenure as Vice President of the IAF for the Middle East and North Africa region he developed the IAF strategy for this region and as a founding member of the Emirates Falconers’ Club and Secretary General has contributed to the Sheikh Zayed Program to launch falcons which has succeeded in releasing to the wild more than 1,600 falcons. He also established the Abu Dhabi Falcon Hospital and worked on projects to increase Houbara. He was awarded the ‘Best Environmental Personality Award’ in the GCC in 2008. 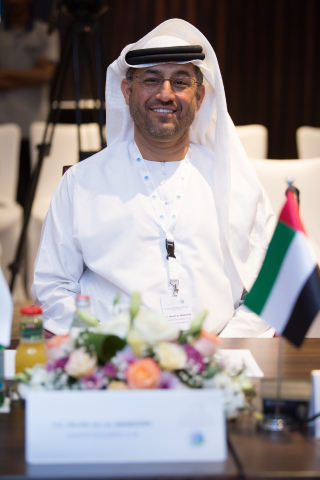 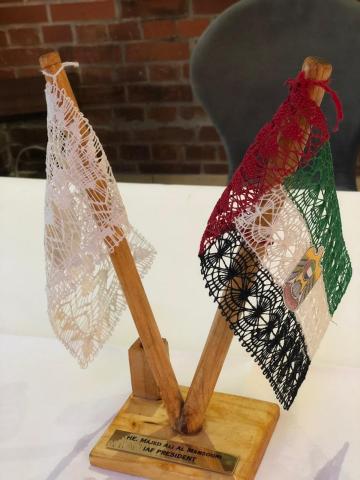