“These internal appointments showcase the seasoned leadership currently within Bacardi and further demonstrate the Company’s ability to nurture and grow talented leaders,” said Michael J. Dolan, Interim CEO of family-owned Bacardi Limited. “These two emerging businesses are critical to the continued growth of Bacardi. I have full confidence in the ability and expertise of Jon and Mahesh to continue to drive our business and the premiumization of spirits in these markets.”

Mr. Grey succeeds Siddik Tetík, who recently announced his decision to leave Bacardi Limited. Mr. Tetík will take on special projects over the next several months in order to help with a smooth transition. Mr. Madhavan replaces Mr. Grey in his capacity as Regional President for MEA.

With Bacardi since 2005, Mr. Grey previously was regional president for the Middle East & Africa region – a position he has held since 2011. For the past nine years, he has also served as senior vice president of Global Operations responsible for production of all Bacardi products, global supply chain, procurement and R&D activities. Under Mr. Grey’s leadership, Bacardi was certified to be operating in accordance with the world’s most recognized management standards for quality, environment, and health and safety. Bacardi is the only major spirits company to achieve certification under ISO 9001, ISO 14001 and OHSAS 18001 for all its production facilities globally, putting it among an elite group of the world’s best run companies. Mr. Grey will be based in Hong Kong, pending Immigration Department approvals.

As regional presidents, Mr. Grey and Mr. Madhavan will also serve as members of the Bacardi Global Leadership Team and report to Interim CEO Michael J. Dolan. The Company will begin a search for the new leader of its Global Operations group.

NOTE: Headshots of Mr. Grey and Mr. Madhavan are available via www.BacardiLimited.com and Business Wire.

Bacardi Limited, the largest privately held spirits company in the world, produces and markets internationally recognized spirits and wines. The Bacardi brand portfolio comprises more than 200 brands and labels, including BACARDÍ® rum, the world’s best-selling and most-awarded rum, as well as the world’s most-awarded spirit; GREY GOOSE® vodka, the world’s leading super-premium vodka; DEWAR’S® Blended Scotch whisky, the world’s most-awarded blended Scotch; BOMBAY SAPPHIRE® gin, the top-valued and fastest-growing premium gin in the world; MARTINI® vermouth and sparkling wines, the world’s leading vermouth and the world's favorite Italian sparkling wines; CAZADORES® 100% blue agave tequila, one of the most popular premium tequilas in Mexico and the United States; and other leading and emerging brands including WILLIAM LAWSON’S®, the fastest-growing global Scotch whisky brand; ERISTOFF® vodka, one of the fastest-growing vodka brands in the world; and ST-GERMAIN®, a super-premium elderflower liqueur.

Founded 152 years ago in Santiago de Cuba on February 4, 1862, family-owned Bacardi employs nearly 6,000 people, manufactures its brands at 29 facilities and sells in more than 160 countries. Bacardi Limited refers to the Bacardi group of companies, including Bacardi International Limited. www.BacardiLimited.com 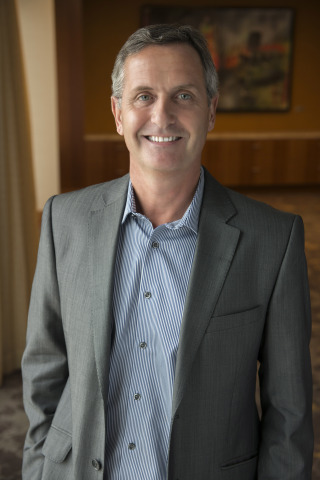