PARIS--(BUSINESS WIRE)--Chanel’s Autumn/Winter collection for 2013/2014 under the stewardship of its chief designer Karl Lagerfeld unrolled at Paris Fashion Week on Tuesday 5th March.

The circular catwalk was set under the glass roof of the iconic Grand Palais and models walked in front of a giant rotating globe; symbolic of the global status of the brand. The collection embraced dark colours which are typical of Chanel. Classic tweed coats, knitwear and short wool suits in black, grey or monochrome colours were teamed up with thigh high over the knee boots creating an uplifting and elegant look. Hints of metallic shades and baby pink were mixed with blacks adding a modern touch to the designs that still strongly reflect Coco Chanel’s classic look for the brand.

“I visited a minerals and crystals museum in France- I love the shapes,” Lagerfeld told reporters, “and then a Czech cubism exhibition in Prague -they are like modern buildings with similar shapes”. He also commented “I work by instinct, -99% goes to the garbage can, the rest is what survives. What has survived is more than enough”.

Originally the flourishing mark of its original creator, Gabrielle "Coco" Bonheur Chanel, the brand is now a global leader whose outlets have spread way beyond the original small shop in Paris, where her outstanding role in fashion began in 1909. After moving through millinery and designing sports clothes for women for sale at outlets in the then fashionable seaside resorts of Deauville and Biarritz in the years leading up to 1915, Chanel’s strength and contribution was to create innovative clothes and revolutionise fashion at a time when it was most needed. By the end of the war, her designs were known throughout France, the high quality design, construction and finish of the clothes had established the reputation of Coco Chanel as a meticulous couturiere. Chanel is currently owned by Alain and Gerard Wertheimer, both grandsons of Pierre Wertheimer, an early business partner of hers.

Lagerfeld has stayed as a helmsman for the brand over the last thirty years after being persuaded to come over from Chloe. While incorporating the signature fabrics and detailing such as tweed, gold accents and chains; Lagerfeld has also helped to bring the brand into today’s modern day fashion world. In later collections he has chosen to break away from the ladylike look of Chanel and experiment with different styles. Coco Mademoiselle and In Between Wear, targeting younger women, have been launched in the last decade. 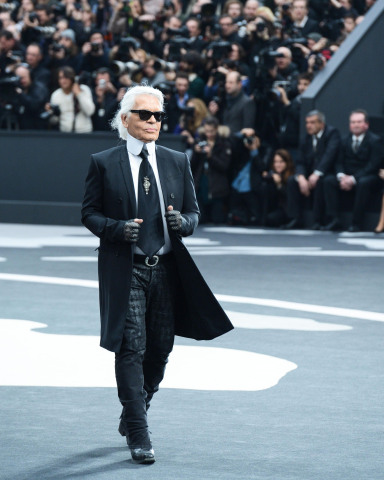 Karl Lagerfeld walks the runway during the Chanel Fall/Winter 2013 Ready-to-Wear show as part of Paris Fashion Week at Grand Palais on March 5, 2013 in Paris, France. 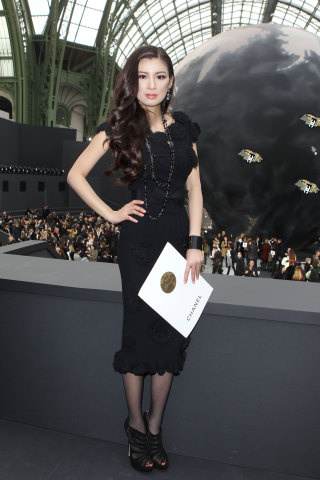 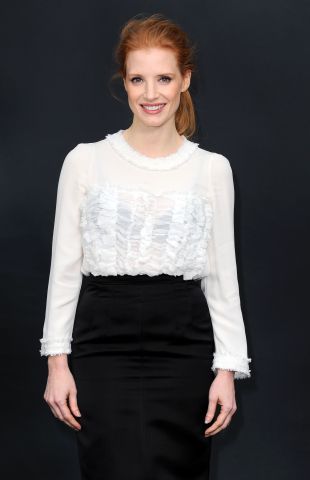