NEW YORK--(BUSINESS WIRE)--A man who changed the world through international trade – and did so more than once – Guy F. Tozzoli, President Emeritus of the World Trade Centers Association (WTCA), died Saturday evening in his sleep in Myrtle Beach, SC. He would have turned 91 on February 12.

"It is with great sadness that we note Guy’s passing,” said Eric R. Dahl, Chief Executive Officer of the WTCA. “Our thoughts are with his family and friends worldwide. Guy leaves behind the powerful legacy of having built the WTCA into a global presence in nearly 100 countries since he founded it in 1970. More importantly, his vision of prosperity through trade and investment lives on. We remain committed in our pursuit of this vision."

For the past four decades, Tozzoli was affiliated with the WTCA, which he founded in 1970 and served as president until 2011. “In January 2011, we congratulated Guy on his many grand accomplishments as he retired from being the WTCA’s first and only President,” said WTCA Chairman Ghazi Abu Nahl. “Today, we bid him farewell, knowing that his work is continued on through countless people, hundreds of centers and a network of nations.”

“Decades ago, United Nations Secretary General U Thant recognized Guy’s vision as a ‘United Nations of Commerce,’ and so it remains today,” he added.

Tozzoli was born in North Bergen, NJ and joined the Port of New York Authority in 1946. He served in the Navy during the Korean War from 1950 to 1952, and then returned to the Port Authority where he was responsible for construction of the first container port, shifting maritime activities from New York to Newark.

In 1961, he created the transportation section of the New York World’s Fair and, in 1962, was named the Port Authority’s Director of World Trade and assigned responsibility for founding the World Trade Center and constructing its headquarters. Tozzoli’s vision, encouraged by some and discouraged by many, led to the construction of the 110-story, 10 million-square-foot Twin Towers in lower Manhattan. Dedicated in April 1973, they were the tallest buildings in the world and included – at his insistence – the world-famous Windows on the World restaurant. Readers’ Digest termed the project, “the largest building project since the Egyptian Pyramids.”

In 1962, international trade accounted for 2.7 percent of the United States’ gross national product. Today, it accounts for more than 22 percent, growth that is due in no small part to Tozzoli’s singular focus on fostering world trade.

In 1970, Tozzoli shifted his perspective from one to many, founding the WTCA with an initial contingent of 15 cities in seven countries. He was immediately named its first volunteer leader and then sought relentlessly to expand to other countries. When the representatives of the People’s Republic of China asked for advice in the 1970s, he insisted they create world trade centers, overcoming their resistance because there was one in Taiwan.

Upon retiring from the Port Authority of New York & New Jersey in 1987, Tozzoli became the first WTCA staff President, a post he held until his retirement in January 2011, when he was named President Emeritus.

In 1993, when the terrorist truck bombing seriously damaged the Twin Towers, Tozzoli, who had an office in the building, was trapped in a staircase for three hours. On September 11, 2001, he was stuck in traffic and just about to enter the Holland Tunnel. Looking across the Hudson River, he saw fire in the North Tower and then watched in horror as the second plane slammed into the South Tower.

In a letter to WTCA members shortly after, he mourned the tremendous loss of life, but said, “We must redouble our efforts to bring the world together under the banner of ‘Peace and Stability Through Trade.’”

“Guy did so very much that encompassed the world, from the world’s fair to world trade,” concluded Abu Nahl. “He was first and foremost a citizen of the world, and the world is a better place thanks to his Herculean efforts. We will miss him greatly.”

About The World Trade Centers Association

The World Trade Centers Association, headquartered in New York City, is a global network of more than 300 licensees in nearly 100 countries. Its mission is to promote prosperity through international trade and investment. 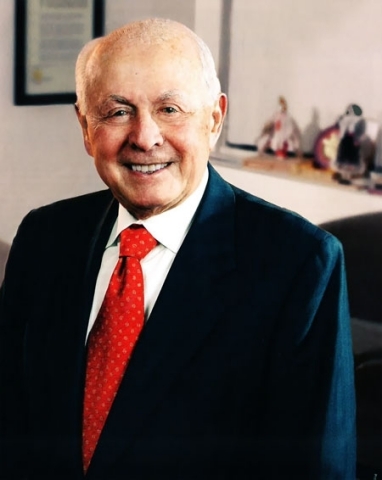