Bacardi Limited, the largest privately-held spirits company in the world, announces the appointment of Siddik Tetík as Regional President of Asia Pacific. Based in Hong Kong, Mr. Tetík will manage the execution of the overall commercial strategy for the Asia Pacific region, as well as the general management of the diverse business comprising 19 countries including Australia, New Zealand, Greater China, India, and countries within North and South East Asia. In this role, Mr. Tetík will also be a member of the Bacardi Leadership Team. The appointment takes effect September 3, 2012.

Mr. Tetík, 53, brings more than 25 years of consumer goods experience from an accomplished career at Gillette and Procter & Gamble (P&G). He has held various general management, commercial operations and regional business management roles across Asia Pacific including his most recent position as President of P&G Philippines. Mr. Tetík first came to Asia in 2004 as Vice President Commercial Operations and Regional General Manager for Gillette Greater China. While leading Greater China, first for Gillette and later for P&G, he was responsible for the building of highly recognized consumer brands including Gillette, Braun and Duracell. He also served as CEO of Gillette's joint venture with the People's Republic of China in addition to leading the Hong Kong and Taiwan businesses.

"Siddik is an outstanding leader and developer of people. His focus on the consumer experience and customer relationships in the diverse Asia Pacific region will further strengthen our position in delivering superior products for great-tasting cocktails," said Ed Shirley, President and CEO of family-owned Bacardi Limited. "His success in Asia is complemented by strong Emerging Markets experience in the Middle East, Turkey, the Balkans and Mediterranean markets. This will be of tremendous value as we look to create a step-change in our presence and growth in this critically important and strategic region."

"Asia Pacific continues to offer tremendous growth opportunities and Bacardi is ready to capture the full potential the region has to offer," said Mr. Tetík. "I am confident my drive for results, passion for the consumer and customer, and knowledge of the region will help strengthen the iconic brands within the Bacardi portfolio across key Asia Pacific markets and continue to reach new consumers with new categories and ways to enjoy premium spirits."

Mr. Tetík succeeds Harold Dyrvik who is retiring after more than seven years leading the commercial operations of Bacardi in Asia Pacific to double-digit annual top-line growth. As part of his planned retirement, Mr. Dyrvik will continue through the end of the calendar year, reporting to Mr. Shirley on Special Assignment, to ensure a smooth transition. Prior to joining Bacardi in 2005, Mr. Dyrvik worked as a strategic management consultant to multinational fast-moving consumer goods companies in Asia. Previously, he worked for Philip Morris International for more than 20 years, with 16 years in Asia. He held a variety of senior roles including President and Managing Director, China Region; Vice President, North Asia; Vice President Southeast Asia; and General Manager Philippines. Prior to moving to Asia, Mr. Dyrvik worked for Philip Morris International in Germany and the United States.

Bacardi Limited, the largest privately-held spirits company in the world, produces and markets internationally-recognized spirits and wines. Its brand portfolio comprises more than 200 brands and labels, including BACARDI® rum, the world's best-selling and most-awarded rum; GREY GOOSE® vodka, the world's leading super-premium vodka; DEWAR'S® Blended Scotch whisky, the top-selling blended Scotch whisky in the U.S.; BOMBAY SAPPHIRE® gin, the top-valued and fastest-growing premium gin in the world; MARTINI vermouth and sparkling wines, the world's leading vermouth and the world's favorite Italian sparkling wines; CAZADORES® 100% blue agave tequila, the number-one premium tequila in Mexico and a top-selling premium tequila in the United States; ERISTOFF® vodka, one of the fastest-growing vodka brands in the world; and other leading and emerging brands.

Founded in Santiago de Cuba on February 4, 1862, and family-owned for the past seven generations, Bacardi now employs nearly 6,000 people, manufactures its brands at 27 facilities in 16 markets on four continents, and sells in more than 150 countries. Bacardi Limited refers to the Bacardi group of companies, including Bacardi International Limited.

Note: A headshot photo of Mr. Tetík is available via BusinessWire and http://www.bacardilimited.com/news/236. 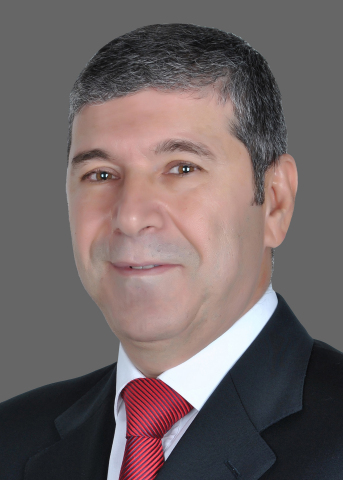 Bacardi Limited, the largest privately-held spirits company in the world, appoints Siddik Tetík as its new Regional President of Asia Pacific. Based in Hong Kong, Mr. Tetík will manage the execution of the overall commercial strategy for the Asia Pacific region, as well as the general management of the diverse business comprising 19 countries including Australia, New Zealand, Greater China, India, and countries within North and South East Asia. (Photo: Business Wire)