From the highly anticipated Cyclothon, with cyclists streaking through the city’s iconic bridges and tunnels to the return of the all-time-favourite Hong Kong Sevens

Thousands of cyclists will buzz through the streets of Hong Kong as the cosmopolitan city is transformed into a racetrack, with professional athletes and cycling enthusiasts participating in the 50km and 30km ride, as well as four other races: the CEO Charity and Celebrity ride, Men’s Open, Women’s Open and Team Time Trial.

With a tentative quota of 3,000 participants, the most popular event, the 50km ride will begin and finish on Tsim Sha Tsui’s Salisbury Road, featuring three bridges and three tunnels across the city, including the spectacular Tsing Ma Bridge. The route will take the cyclists through Mongkok, the heart of the city, to the outlying island of Tsing Yi, providing an exclusive opportunity for the participants to enjoy the city’s signature cityscape, surreal nature and accessible infrastructure.

Hong Kong kicked off a strong line-up of popular international sports and entertainment events earlier this month. Breaking the record of the world’s largest live snooker crowd in history, the “Hong Kong Masters 2022” final attracted over 8,500 fans to watch the exhilarating match. In the “New World Harbour Race” last weekend, over 1200 swimmers made a splash in one of the world’s busiest harbours with the backdrop of Hong Kong’s spectacular cityscape. And the “2022 Hong Kong Sevens” is returning to Hong Kong Stadium from 4 to 6 November.

In the flagship sports event of the city, 16 international men’s teams, including Hong Kong, will compete in this year’s tournament at Hong Kong Stadium with the popular national teams of Fiji, New Zealand, South Africa, Team Great Britain and Samoa. The three-day tournament is more than a sporting showpiece, it is an energy-filled social carnival and a city-wide party.

The long-awaited extravaganza will be filled with live music and entertainment, so that fans can enjoy the electrifying ambience with a jug of beer and a handful of fries. Tickets are already on sale for the soon-approaching landmark event, as Hong Kong prepares to welcome the city’s most thrilling weekend of the year.

Images can be accessed via: https://assetlibrary.hktb.com/assetbank-hktb/action/browseItems?categoryId=918&categoryTypeId=2&cachedCriteria=1 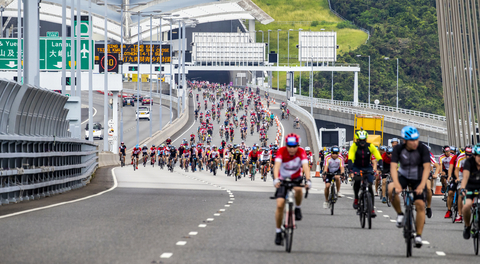 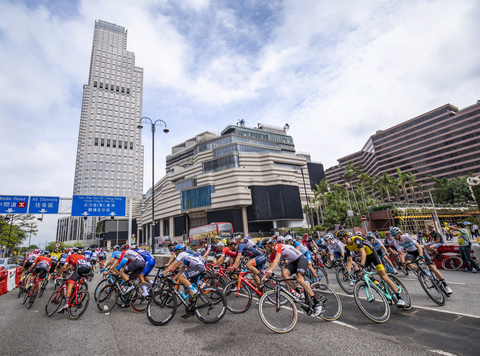 The sporting event will feature three bridges and three tunnels across the city, including Tsing Ma Bridge. 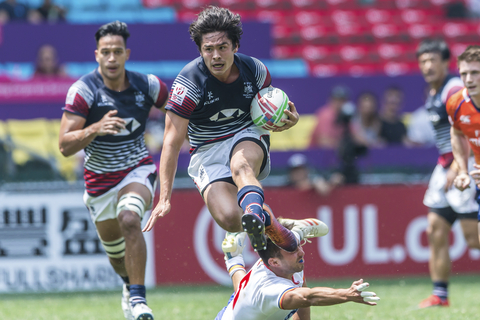 16 international teams, including Hong Kong will compete in the 3-day tournament.