William Wu and Mark Aubrey will serve as co-CEOs of Catheon Gaming.
Mark Aubrey has over 19 years of experience in the gaming industry with a track record of developing and executing global strategies to build highly successful companies.
Mark Aubrey and William Wu will combine their expertise to scale up Catheon Gaming as the premier blockchain gaming technology platform for game developers.

HONG KONG & SYDNEY--(BUSINESS WIRE)--Catheon Gaming (“the Company”), the fastest-growing integrated blockchain gaming and entertainment company, today announced that Mark Aubrey will be appointed as the company’s new co-Chief Executive Officer, effective July 11, 2022. Aubrey will work alongside William Wu, Founder and CEO, to scale the company in the rapidly growing blockchain gaming industry. Catheon Gaming partners with leading game developers and IP-holders to incubate and launch “best-in-class” blockchain games and bring them to the widest possible audience.

Aubrey joins Catheon Gaming as CEO from his previous role as Managing Director and Head of Asia Pacific (“APAC”) at Activision Blizzard, the leading gaming developer and publisher of entertainment software renowned for creating some of the industry’s most critically acclaimed games, including Call of Duty and World of Warcraft. Mark Aubrey has over 19 years of experience in the entertainment and gaming industry in the APAC region.

At Activision Blizzard, Aubrey was responsible for managing all verticals of both Activision Publishing and Blizzard Entertainment’s commercial and go-to-market operations and teams across Australia/NZ, Japan, Korea, India and Greater Asia. He managed large teams of employees across four regional offices and held full P&L responsibility for APAC, the most important Web3 region globally with the majority of gaming revenue and the greatest number of Web3 users.

Prior to Activision Blizzard, Aubrey worked a long stint at Warner Bros. Entertainment as the Group Marketing Director, driving synergies and commercial opportunities across groups (Home Entertainment, Theatrical, Television, HBO, Games, Consumer Products and Digital Distribution). Aubrey graduated with a Bachelor of Business and Marketing from the University of Newcastle.

‟I am delighted with the appointment of Mark Aubrey as the CEO of Catheon Gaming and look forward to working alongside Mark to lead Catheon Gaming into its exciting next phase of growth,” said William Wu, Founder and CEO of Catheon Gaming. “Mark brings deep world-class gaming expertise at the highest level, having led the highly relevant APAC division of the world’s most successful gaming developer and publisher.”

William Wu first founded SolChicks in September 2021 and subsequently Catheon Gaming, launching 20 titles over the course of nine months. With the appointment of Aubrey, Wu will focus on the company’s long-term vision and strategy, while remaining fully involved in the operations of Catheon and SolChicks.

About Catheon Gaming
Catheon Gaming is the fastest-growing integrated blockchain gaming and entertainment company globally, with a portfolio of over 20 games as of 10 June 2022. The company’s flagship franchise, SolChicks, entered the market following successful fundraising from various venture capital investors, institutions, and launchpad partners. The company brings technical, gaming, and marketing expertise together with deep roots in the blockchain industry. The company’s strategy is to partner with leading game developers and IP-holders to incubate and launch “best-in-class” blockchain games and bring them to the widest possible audience. 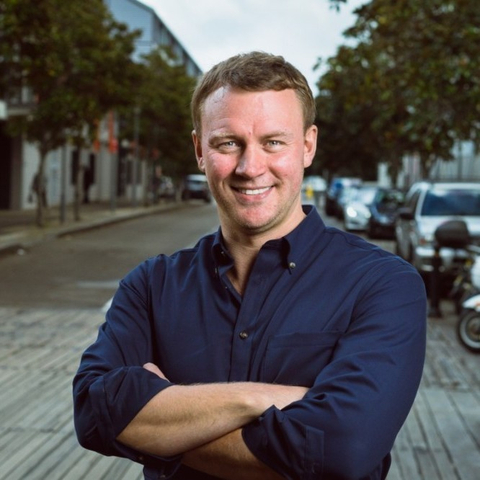