Based on the artistic style of legendary manga creator Osamu Tezuka

TOKYO--(BUSINESS WIRE)--Kioxia Corporation today announced that an English version of “PHAEDO,” a new manga created and designed by AI and human collaboration, inspired by the artistic style of manga legend Osamu Tezuka, will be released on June 3 as part of TEZUKA 2020, the first phase of Kioxia’s #FutureMemories brand campaign. PHAEDO, which debuted in February in Japanese comic magazine “Morning,” will be made available for English-language audiences on Kioxia’s TEZUKA 2020 website. PHAEDO is the world’s first1 international manga created through human collaboration, high-speed and large-capacity memory and advanced AI technologies.

The process of developing PHAEDO involved using AI technology to generate the story and create the characters. As a first step, to learn the essence of Tezuka’s work and his characteristics as a writer, AI analyzed 130 manga episodes, written and drawn by Osamu Tezuka, including globally famous titles such as “Astro Boy” and “Black Jack”. Based on this analysis, the AI then generated 129 candidate storylines. As a next step, the AI studied 6000 images and applied transfer learning to generate visuals for the characters.

By analyzing Tezuka’s works, AI was able to generate the physical characteristics of new characters, outlines of new stories, after which illustrators hand-drew clothing and other Tezuka inspired details and writers added dialogue. The project team consisted of engineers from Kioxia, who optimize semiconductor fab productivity and product performance using AI technology, illustrators and writers from Tezuka Productions Co., and AI researchers from Keio University and Future University Hakodate.

PHAEDO is the story of a homeless philosopher and his robot bird, Apollo, who try to solve crimes in Tokyo in 2030. This marks the first time Tezuka’s work has been recreated in 30 years.

Kioxia launched its #FutureMemories campaign last October to commemorate the company’s rebranding as Kioxia. PHAEDO is one of the many ways Kioxia intends to change the world by pursuing the potential of memory to create new value with never-before-seen experiences.

For details about PHAEDO, including videos and interviews, please visit TEZUKA 2020 website.

About Kioxia
Kioxia is a world leader in memory solutions, dedicated to the development, production and sale of flash memory and solid state drives (SSDs). In April 2017, its predecessor Toshiba Memory was spun off from Toshiba Corporation, the company that invented NAND flash memory in 1987. The company pioneers cutting-edge memory solutions and services that enrich people's lives and expand society's horizons. Kioxia's innovative 3D flash memory technology, BiCS FLASH™, is shaping the future of storage in high-density applications, including advanced smartphones, PCs, SSDs, automotive and data centers. 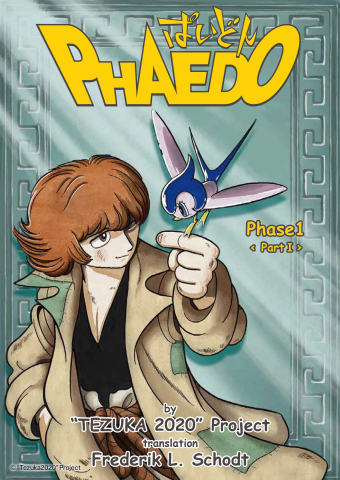