REDWOOD CITY, Calif.--(BUSINESS WIRE)--Carbon (www.carbon3d.com), the world’s leading digital manufacturing platform, announced today that Ellen J. Kullman, former Chairman and CEO of DuPont, has been named President and CEO of the company and Dr. Joseph M. DeSimone has been named Executive Chairman of the Board, effective immediately. Kullman will also remain on Carbon’s board of directors where she has served since 2016. Today’s leadership announcements are the result of a succession plan that DeSimone, Kullman, and members of the board have worked on to prepare the company for its next chapter.

Carbon has been strengthening its leadership bench over the past several months to support the growth of the business. As President and CEO, Kullman will lead the development and execution of short- and long-term strategies, positioning Carbon to continue delivering value to its employees, customers, partners, and shareholders around the world. DeSimone is transitioning into the role of Executive Chairman to focus on growing mainstream adoption of the Carbon Digital Manufacturing Platform and evangelizing the company’s vision to existing and prospective customers, partners, and the public.

“Today’s announcement is a great honor,” said Kullman. “I am privileged to have spent the last few years on the Carbon board working alongside Joe, one of the greatest entrepreneurs and scientists of our time. Joe has built Carbon into the world’s leading digital manufacturing platform, and as President and CEO of Carbon, I am excited to partner with Joe and build on the solid foundations he’s put into place.”

“For the last six years, I have led Carbon as Chief Executive Officer and am enormously proud of what we’ve accomplished during my tenure,” said DeSimone. “I know what we will accomplish under Ellen will be even more extraordinary. Ellen is the right person to lead Carbon today. She has broad experience across multiple businesses, cycles, and geographies. Her vision, outstanding leadership traits, and distinguished track record will continue to drive Carbon’s growth into the future. In assuming the Executive Chairman role, I will be able to focus on evangelizing the platform and driving adoption more widely.”

Prior to joining DuPont in 1988, Kullman worked for Westinghouse and General Electric. DuPont's board of directors elected Kullman President and a director of the company in October 2008 and Chief Executive Officer in January 2009. She was the nineteenth executive and the first woman to lead the company in its 212-year history. As a business leader, Kullman led double-digit growth of the company’s Safety and Protection business portfolio and started two successful high-growth businesses known today as DuPont Industrial Biosciences and DuPont Sustainable Solutions. During her seven years as CEO, Kullman led the company’s focus on growth in emerging international markets and championed the power of DuPont science and global market knowledge to transform industries. She executed a strong plan and decisively positioned the company for its next generation of growth.

Kullman is co-chair of the Paradigm for Parity coalition and a board director of United Technologies, Dell Technologies, Amgen, and Goldman Sachs. She is a member of the U.S. National Academy of Engineering and past president of the U.S. China Business Council. She serves on the board of trustees of Northwestern University. Kullman has been named one of the “50 Most Powerful Women in Business” by Fortune and one of the “World’s Most Powerful Women” by Forbes. She holds a B.S. in Mechanical Engineering from Tufts University and an MBA from the Kellogg School of Management of Northwestern University.

As co-founder of Carbon, DeSimone took on 3D printing by bringing together insights from diverse fields to co-invent the core technology that now drives the Carbon Platform. Powered by Digital Light Synthesis™ (DLS™) technology, the Carbon Platform is enabling companies to break free of traditional polymer manufacturing methods to advance product innovation. Just this week, he was recognized for his achievements by EY as the U.S. Entrepreneur of the Year.

Before founding Carbon in 2013, DeSimone was a professor at the University of North Carolina for over 20 years. DeSimone has made scientific breakthroughs in areas including green chemistry, medical devices, and nanotechnology, also co-founding several companies based on his research. At UNC, DeSimone built a strong culture in his research group centered on the notion that diversity is a fundamental tenet of innovation.

Carbon’s mission is to reinvent how polymer products are designed, engineered, manufactured, and delivered towards a digital and sustainable future. Based in Silicon Valley, Carbon brings together innovations in software, hardware, and material science to deliver industry-leading digital manufacturing solutions. With Carbon’s ground-breaking Digital Light Synthesis™ technology and broad family of programmable liquid resins, manufacturers can unlock new business opportunities such as mass customization, on-demand inventory, and previously impossible product designs. The Carbon Platform allows customers to build uniquely differentiated products while reducing waste and time to market. To learn more, visit www.Carbon3d.com, like the Carbon Facebook page, or follow Carbon on Instagram and Twitter at @Carbon. 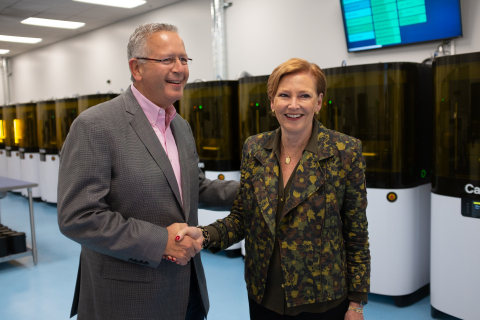 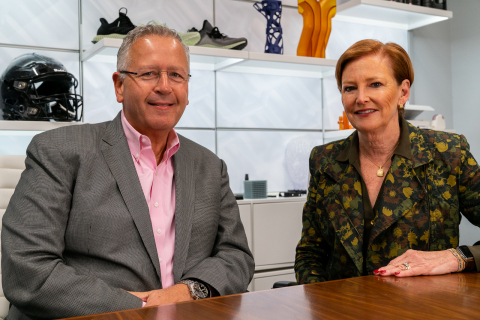