HOUSTON--(BUSINESS WIRE)--Ascend Performance Materials, the world’s largest fully-integrated producer of polyamide 6,6 resin (PA66), announced today it has submitted a permit application to the Alabama Department of Environmental Management for an additional 90 kilotons(kt) of adiponitrile (ADN) capacity at its Decatur, Alabama, facility. Ascend expects to receive permit approval by the end of the third quarter.

Over the past 18 months, Ascend has expanded ADN capacity by 90 kt using its scalable, low-cost technology. The new expansion project is the first half of the 180 kt of ADN the company announced in May 2018.

Ascend will initiate the procurement of key pieces of expansion equipment by the end of the second quarter. The company is also in advanced discussions to implement a cogeneration unit in Decatur to support the expansion.

“Ascend is committed to supporting the global growth of our customers through the utilization of our scalable technology which allows us to expand our capacity in a timely fashion,” said Ascend President and CEO Phil McDivitt. “These additional investments will enhance the reliability of our supply and meet the increased demand we see for HMD and PA66 in a wide variety of applications on a global basis.”

The company will complete a portion of the 90 kt capacity expansion within the next 12 months and the balance in 2021.

Ascend Performance Materials is a global premium provider of high-quality plastics, fibers and chemicals and is the world’s largest integrated producer of PA66 resin. Headquartered in Houston, Texas, Ascend has nine global locations, including five fully-integrated manufacturing facilities located in the southeastern United States and an engineering plastics compounding facility in Europe, all dedicated to the innovation and safe production of PA66. With three of the world’s largest chemical processing facilities, Ascend’s materials form the building blocks for products used in everyday applications from apparel to airbags, cable ties to circuit boards and carpets to car parts. Ascend’s 2,600-person global workforce is committed to making a difference in the communities we serve and leading the development of PA66 solutions that inspire everyone, everywhere, every day.

More information about Ascend can be found at www.ascendmaterials.com 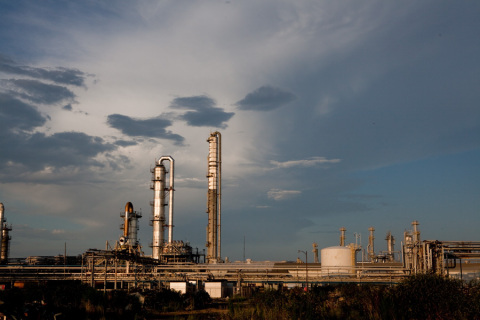 Ascend's Decatur, Alabama, facility has seen 90 kt expansion in its ADN capacity over the past 18 months and will see an additional 180 kt by 2022. (Photo: Business Wire)