WASHINGTON--(BUSINESS WIRE)--The International WELL Building Institute™ (IWBI™), a public benefit corporation whose mission is to improve human health and well-being through the built environment, has announced that U. S. Green Building Council (USGBC) CEO and founding Chairman Rick Fedrizzi is joining IWBI as CEO and Chairman of its Board of Directors. IWBI administers the WELL Building Standard™ (WELL), an evidence-based system for measuring, certifying and monitoring the performance of building features that impact health and well-being.

“As we continue to grow and expand the adoption of both the WELL Building Standard and the WELL Accredited Professional (WELL AP™) program globally, we enthusiastically welcome Rick Fedrizzi into this leadership role to help lead IWBI to new heights,” said IWBI Founder Paul Scialla. “I can’t think of a person better suited to lead this process than Rick. His management experience and global vision will be huge assets to IWBI, and we couldn’t be more excited to have him.”

Fedrizzi will assume the position of Chairman immediately and assume the CEO role on November 4, 2016, when he will add his executive leadership to the IWBI team full-time after he steps back from USGBC. In addition to the IWBI Board of Directors, IWBI will continue to rely on the deep subject matter expertise of its Advisory Council.

“I’m very excited about the opportunity to take on a leadership role with IWBI and build upon the work we’ve been doing at USGBC,” said Fedrizzi, who announced last summer his plans to leave the organization that he co-founded in 1993. “Our buildings and communities should help humans thrive. Sustainability plus health is a powerful lens through which to view the world, and WELL has approached this goal in a similar way to how we developed the LEED green building program.”

WELL works seamlessly with LEED in order to promote both environmental sustainability and human health. “Leveraging the strengths of both USGBC and IWBI will advance a much needed change in the improvement of the wellness and quality of life of our families, friends and colleagues through a healthier, more sustainable built environment,” added Fedrizzi.

The WELL Building Standard V1 was introduced in October 2014, and has since received substantial adoption among developers, owners, landlords and tenants. To date, WELL has registered and certified over 200 projects, totaling more than 45 million square feet across 21 countries, as industry stakeholders are increasingly recognizing the value proposition of addressing occupant health in the built environment.

A passionate advocate for sustainable business, Fedrizzi co-founded USGBC while he was environmental marketing director at United Technologies Corporation. He has served as USGBC’s CEO since 2004, and during the past decade, has led USGBC’s efforts to establish green building as a global mainstream movement. During his 12 years as CEO, he has championed the idea of improving the world’s building stock in ways that improve the health, safety and well-being of the people who occupy them, and has been a force for driving collaboration across the built environment continuum.

Fedrizzi serves on numerous boards and advisory committees dedicated to the intersection of health and the built environment, including the Center for Health and the Global Environment at the Harvard T.H. Chan School of Public Health, whose mission is focused on the design and development of leading-edge research on how to improve human health and well-being through the built environment.

Other boards and advisory committees that Fedrizzi serves on include Bank of America’s National Community Advisory Council, Clinton Global Initiative’s Scaling Sustainable Buildings Action Network, Delos’ Advisory Board, Watsco, Energy Focus, VIEW, and Global Green. He is a prolific speaker, blogger, and social media advocate. In 2015, he authored Greenthink: How Profit Can Save the Planet,which recently received the prestigious IPPY Gold Medal in the Public Affairs Category.

Fedrizzi holds a BA from Le Moyne College and an MBA from Syracuse University, where he recently received the prestigious Arents Award. A native of Syracuse, he spent more than 25 years at United Technologies Corporation, serving in numerous capacities that culminated in his role as in-house environmental marketing consultant. In 2001 Rick founded Green-Think, an environmentally focused marketing and communications consulting firm. He transitioned from the role of volunteer founding chair of USGBC during this time to becoming its full-time CEO in 2004.

About the International WELL Building Institute™

The International WELL Building Institute (IWBI) is a public benefit corporation whose mission is to improve human health and well-being through the built environment. Public benefit corporations like IWBI are an emerging U.S. structure for corporations committed to balancing public benefits with profitability – harnessing the power of private capital for greater good. IWBI administers the WELL Building Standard (WELL) – a performance-based system for measuring, certifying, and monitoring features of buildings that impact the health and well-being of the people who live, work, and learn in them. Fulfilling the vision of IWBI Founder Paul Scialla, IWBI has a pioneering altruistic capitalism model that will address social responsibility and demonstrate a sustainable model for philanthropy. IWBI has committed to direct 51 percent of net profits, after taxes, generated by registration fees, certification fees, and recertification fees received from real estate projects applying for WELL Certification toward charitable contributions and impact investment focused on health, wellness, and the built environment. IWBI was established by Delos in 2013 pursuant to a Clinton Global Initiative commitment to improve the way people live by developing spaces that enhance occupant health and quality of life by sharing the WELL Building Standard globally. www.wellcertified.com 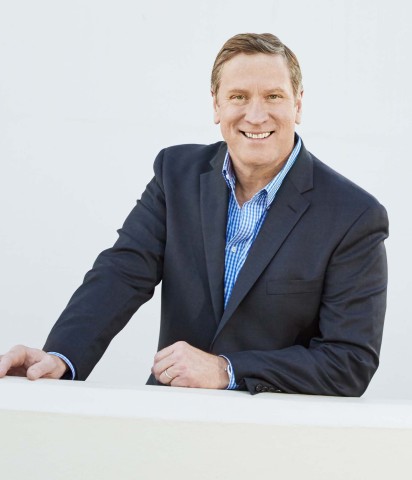