LUXEMBOURG--(BUSINESS WIRE)--The Luxembourg Government today announced that Mr. Georges Schmit, Consul General and Executive Director at the Luxembourg Trade & Investment Office in San Francisco, joins the Government's Advisory Board of the recently announced spaceresources.lu initiative. The initiative defines a framework for the exploration and commercial utilization of resources from Near Earth Objects (NEOs) such as asteroids.

Prior to his current position which he holds since 2009, Georges Schmit was Director General for Enterprise Policy, Economic Development and Foreign Trade, Secretary General, and Director of Industry at the Luxembourg Ministry of the Economy and Foreign Trade which he joined in 1981. From 1995-2002 he was Executive Chairman of the National Credit and Investment Corporation (SNCI), a State-owned development bank.

In these various capacities, Georges Schmit was for more than 17 years a Member of the Board of Directors of Luxembourg-based mining and steel company Arbed, and later ArcelorMittal. Until 2009 he was also a Director of Luxembourg Government promoted satellite services provider SES and the Luxembourg post and telecom services incumbent POST.

Georges Schmit is a recognized expert on trade and investment, innovation and start-up promotion, economic development and enterprise policy.

Georges Schmit stated: “I am honored to continue serving the Luxembourg Government in its efforts to position Luxembourg as an ideal location for innovative projects in advanced space technologies. Spaceresources.lu is a bold but highly promising initiative, taking humankind to new unexplored horizons and creating new opportunities on Earth.”

Luxembourg Deputy Prime Minister and Minister of the Economy, Etienne Schneider, commented: “I am delighted to welcome Georges Schmit in this new role in his country of origin which he has well served during his distinguished career. I am convinced that Georges’ valuable expertise and long expertise further strengthen the Advisory Board of spacereources.lu, an initiative of which he was one of the early instigators. His contribution and advice will have an important and positive impact on future activities in the frame of the spaceresources.lu initiative.”

The “Luxembourg Government Advisory Board on Space Resources” will meet on June 3, 2016. The meeting is followed by a press conference scheduled for 5:00 PM (Note: Times are in Luxembourg Time GMT+2) to highlight the latest developments and the future strategy of the recently announced spaceresources.lu initiative. The press conference will be hosted by Mr. Xavier Bettel, Prime Minister, Minister of State, Minister for Communications and Media and by Mr. Étienne Schneider, Deputy Prime Minister, Minister of the Economy.

Released by the Luxembourg Ministry of the Economy 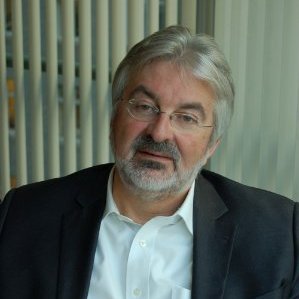