The fund, the first of its kind globally, was launched in cooperation with the UICC, and aims to reduce the number of 90,000 children who die of cancer each year. The fund will collect donations for awareness campaigns, provide healthcare and treatment, and fund emergency relief projects to provide care to childhood cancer. Her Highness donated $1 million through The Big Heart Foundation as the fund’s first revenue.

Her Highness Sheikha Jawaher Al Qasimi said the fund will help alleviate the suffering of many children, especially those in low and middle-income countries which result in the deaths of 8 out of 10 children diagnosed with cancer, contributing to saving the lives of 30,000 children yearly.

Five year survival rates for children with cancer in high income countries exceed 90%, compared to 10% in low income countries. If affordable and appropriate treatment is provided early, many childhood cancer cases can be cured.

Her Highness said, “The fall in child cancer deaths is normally associated with strong healthcare systems, which can detect cancer early, diagnose it accurately and provide effective treatment. Equal access to treatment for children with cancer is an important human right and must be on the agenda of health and humanitarian organisations at the international level. Every effort must be made to increase survival rates in countries where people do not have sufficient financial resources for early detection and treatment.”

ChiCa was launched during an event attended by Her Highness Sheikha Jawaher Al Qasimi in Geneva, and after Her Highness’ visit to the Children's Cancer Hospital Egypt (CCHE 57357) in Cairo and called for free treatment for all children with cancer worldwide. Her Highness Sheikha Jawaher has said she has made it her mission to reduce the suffering of children with cancer and is in ongoing discussions with the UICC to find effective ways to do so. 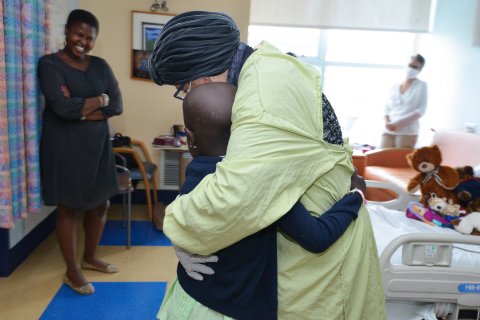