“I'm very pleased that, following an international search, Harvey Fineberg will join the foundation as its next president. He is a person of outstanding integrity, demonstrated leadership and management capabilities. We are confident that Harvey will help us pursue and achieve the positive impact we seek for future generations,” said Gordon Moore, co-founder of the Gordon and Betty Moore Foundation.

“It is an extraordinary privilege to join the Gordon and Betty Moore Foundation and to be part of an enterprise that has done so much good by investing in science, conserving biodiversity and critical ecosystems, enhancing safety and effectiveness in health care, and supporting our local community,” said Harvey V. Fineberg, incoming president of the foundation.

“Harvey’s background in public health policy, higher education, technology, and as a foundation board member, makes him an exceptional fit for this role. His extraordinarily broad range of interests, thoughtful and consultative style of leadership, and exceptional intellect will make him a tremendous asset for the foundation,” said Paul Gray, interim president and vice chair of the foundation’s board of trustees.

Currently, Dr. Fineberg holds the presidential chair as a visiting professor at the University of California, San Francisco. Until recently, Dr. Fineberg was president of the Institute of Medicine, serving two consecutive terms from 2002-2014. From 1997 to 2001, he served as Provost of Harvard University, and prior to that for 13 years as Dean of the Harvard School of Public Health. Dr. Fineberg is a recognized leader and authority on issues in public health and health policy, policy development, technology and higher education. He helped found and served as president of the Society for Medical Decision Making and also served as consultant to the World Health Organization. Dr. Fineberg has authored several books on health care and has published numerous articles in professional journals. He is the recipient of several honorary degrees and other prestigious awards including the Frank A. Calderone Prize in Public Health; the Henry G. Friesen International Prize in Health Research; the Steven Smith Medal for Lifetime Achievement in Public Health; and the Harvard Medal.

Also, Dr. Fineberg serves on the boards of a number of charitable and non-profit organizations, including the William and Flora Hewlett Foundation, The Josiah Macy Jr. Foundation, the China Medical Board, the Carnegie Endowment for International Peace and the François-Xavier Bagnoud Association. He is a member of the Foresight Committee of the Veolia Environment Institute and advises a number of universities on programs in higher education.

Dr. Fineberg will take over from the interim president, Paul Gray, who will continue to serve as vice chair of the foundation’s board of trustees. 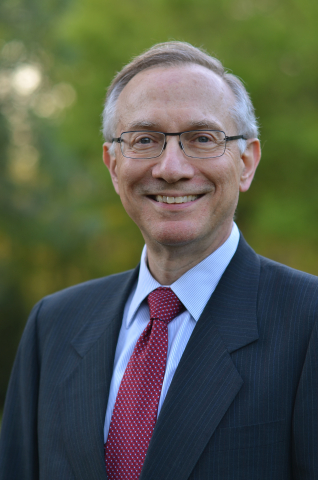