FINDLAY, Ohio--(BUSINESS WIRE)--Cooper Tire & Rubber Company (NYSE: CTB) Chairman, Chief Executive Officer and President Roy Armes today announced a transition in executive leadership of the company’s International business segment. Effective today, Cooper Chief Financial Officer (CFO) Brad Hughes has been appointed President—International Operations. He is responsible for leading all of Cooper’s operations outside of the Americas, including its growth plans for Asia and Europe. In the near-term, Hughes will continue to serve as CFO in addition to his new position while Cooper conducts an executive search for his successor in the CFO role.

As Hughes assumes leadership of the International segment, Hal Miller, who previously served as President—International Tire Division, moves into a new role as Executive Advisor to the Chief Executive Officer. Miller will assist the company in the process to determine the future ownership of the Cooper Chenghsan (Shandong) Tire Company Ltd (CCT) joint venture, as well as continuing to support International segment growth plans, and helping to assure an orderly transition to Hughes’ leadership.

“Cooper’s International segment has grown rapidly, and we plan to continue to drive profitable sales, ultimately positioning our International business to deliver half of Cooper's total global revenues,” Armes said. “We look forward to the contributions Brad will make as he assumes leadership of this significant part of our business. As CFO, Brad has been highly involved in our global business operations for the past five years, leading teams in Asia and Europe, as well as North America. Prior to Cooper, Brad had extensive international experience at Ford Motor Company, where he served in roles such as Global Product Development Controller; Finance Director for South America Operations in Sao Paulo, Brazil; Director of European Business Strategy and Implementation in Cologne, Germany; and European Manufacturing Controller, also in Cologne. He is well positioned to take on leadership of our International operations as Hal transitions to his new role. Hal has done a tremendous job over the past decade growing our International sales to $1.2 billion with solid profitability. He has established a firm foundation and a track record of success, and he will continue to be involved in helping to assure that we maintain our momentum in this important part of our business,” Armes concluded.

Hughes, 52, joined Cooper in 2009 as Vice President and Chief Financial Officer. Formerly a 23-year employee of Ford Motor Company in Dearborn, Mich., Hughes previously worked as Global Product Development Controller for Ford in Dearborn; as Finance Director for Ford's South America Operations in Sao Paulo, Brazil; as Director of European Business Strategy and Implementation in Cologne, Germany; as European Manufacturing Controller, also in Cologne; and in other corporate finance and treasury positions. Prior to joining Ford, Hughes worked for Fruehauf Finance Corp., in Detroit, Mich. Hughes earned a bachelor's degree in business from Miami University, Oxford, Ohio, and earned a master's degree in business administration (MBA) from the University of Michigan Business School, Ann Arbor, Mich.

Miller, 62, joined Cooper in 2002 as Vice President, Corporate Planning and Control and was named President of the company's International Tire Division in 2004. Prior to joining Cooper, he served for 16 years with the Eaton Corporation in Toledo, Ohio, where his most recent position was Vice President and General Manager for the fluid power hose and plastic operation. Miller’s background also includes 10 years in public accounting as well as mergers and acquisitions experience. A Certified Public Accountant since 1975, Miller earned a master’s degree in business administration (MBA) from the University of Toledo, Toledo, Ohio, and holds a bachelor's degree in Business Administration from the University of Cincinnati, Cincinnati, Ohio.

This release contains what the Company believes are “forward-looking statements,” as that term is defined under the Private Securities Litigation Reform Act of 1995, regarding projections, expectations or matters that the Company anticipates may happen with respect to the future performance of the industries in which the Company operates, the economies of the United States and other countries, or the performance of the Company itself, which involve uncertainty and risk. Such “forward-looking statements” are generally, though not always, preceded by words such as “anticipates,” “expects,” “will,” “should,” “believes,” “projects,” “intends,” “plans,” “estimates,” and similar terms that connote a view to the future and are not merely recitations of historical fact. Such statements are made solely on the basis of the Company’s current views and perceptions of future events, and there can be no assurance that such statements will prove to be true.

It is possible that actual results may differ materially from those projections or expectations due to a variety of factors, including but not limited to:

• volatility in raw material and energy prices, including those of rubber, steel, petroleum based products and natural gas and the unavailability of such raw materials or energy sources;

• the failure of the Company’s suppliers to timely deliver products in accordance with contract specifications;

• changes in economic and business conditions in the world;

• changes in the Company’s customer relationships, including loss of particular business for competitive or other reasons;

• government regulatory and legislative initiatives including environmental and healthcare matters;

• volatility in the capital and financial markets or changes to the credit markets and/or access to those markets;

• an adverse change in the Company’s credit ratings, which could increase borrowing costs and/or hamper access to the credit markets;

• the risks associated with doing business outside of the United States;

• the failure to develop technologies, processes or products needed to support consumer demand;

• technology advancements; the inability to recover the costs to develop and test new products or processes;

• the impact of labor problems, including labor disruptions at the Company, its joint ventures, including CCT, or at one or more of its large customers or suppliers;

• consolidation among the Company’s competitors or customers;

• inaccurate assumptions used in developing the Company’s strategic plan or operating plans or the inability or failure to successfully implement such plans;

• failure to successfully integrate acquisitions into operations or their related financings may impact liquidity and capital resources;

• the ability to sustain operations at CCT, including obtaining financial and other operating data at CCT;

• the inability to obtain and maintain price increases to offset higher production or material costs;

• inability to adequately protect the Company’s intellectual property rights; and

• inability to use deferred tax assets.

It is not possible to foresee or identify all such factors. Any forward-looking statements in this release are based on certain assumptions and analyses made by the Company in light of its experience and perception of historical trends, current conditions, expected future developments and other factors it believes are appropriate in the circumstances. Prospective investors are cautioned that any such statements are not a guarantee of future performance and actual results or developments may differ materially from those projected.

The Company makes no commitment to update any forward-looking statement included herein or to disclose any facts, events or circumstances that may affect the accuracy of any forward-looking statement. Further information covering issues that could materially affect financial performance is contained in the Company’s periodic filings with the U. S. Securities and Exchange Commission (“SEC”).

Cooper Tire & Rubber Company (NYSE: CTB) is the parent company of a global family of companies that specialize in the design, manufacture, marketing, and sales of passenger car and light truck tires. Cooper has joint ventures, affiliates and subsidiaries that also specialize in medium truck, motorcycle and racing tires. Cooper's headquarters is in Findlay, Ohio, with manufacturing, sales, distribution, technical and design facilities within its family of companies located in 11 countries around the world. For more information on Cooper, visit www.coopertire.com, www.facebook.com/coopertire or www.twitter.com/coopertire. 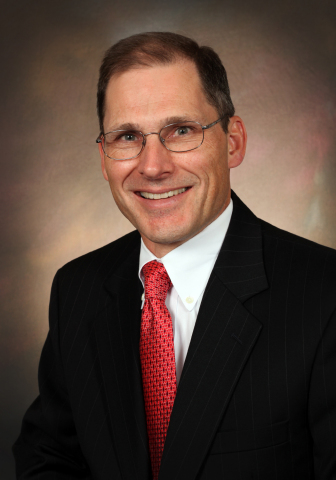 Brad Hughes has been appointed President—International Operations for Cooper Tire & Rubber Company. Hughes has served as Chief Financial Officer for Cooper since 2009 and will continue in the CFO role in addition to his new duties while Cooper conducts a search for a successor to Hughes in the CFO role. (Photo: Business Wire) 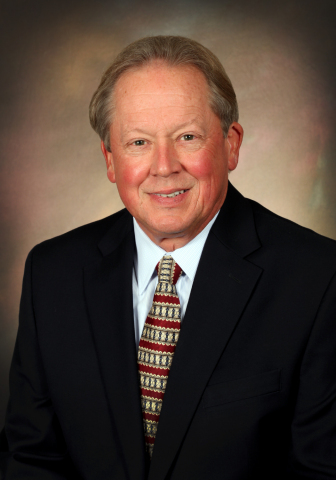