“I am honored to welcome Matt to the Kurion team,” said John Raymont, Kurion founder and president. “Matt brings a tremendous level of senior project and program management expertise that will immediately benefit our work at Fukushima.”

Raymont continued, “Matt will be responsible for the commissioning and operational oversight of the KMPS. David Carlson, our Project Director who successfully oversaw the system concept, design and fabrication, will now lead other challenging international projects where his waste-management expertise is needed.”

McCormick is a nationally recognized executive for his leadership roles at the Hanford Site near Richland, Wash., the Savannah River Site near Aiken, S.C., and the Rocky Flats Site near Denver, Colo. Most recently he served as manager of Richland Operations for the DOE from 2010 through June 6, 2014. In this role he managed one of the largest and most complex decontamination and decommissioning projects in the world with an annual budget that exceeds $1 billion; covers more than 586 square miles; and includes more than 1,500 facilities and waste sites, nine plutonium reactors, 2,300 tons of spent nuclear fuel and 20 tons of leftover plutonium.

During his time at Hanford, McCormick’s achievements include serving as co-author and executive publisher of the Hanford Site Cleanup Completion Framework that provides the overall approach, strategy, priorities, and challenges for the Hanford cleanup; the installation and operation of three new groundwater pump-and-treat facilities with a combined capacity of over 2,000 gallons per minute; placing N Reactor, the largest plutonium production reactor at Hanford, in interim safe storage; and the removal and disposal of over seven million tons of contaminated soil and building debris.

“Kurion’s technical edge, proven operations and global reach attracted me to the company,” said Matt McCormick, newly appointed Project Director for Kurion. “I have had the opportunity to work on some of the toughest domestic nuclear waste challenges while at the Department of Energy, and I look forward to offering my experience at sites like Fukushima to advance nuclear and hazardous waste cleanup around the world.”

“I’m delighted that an executive of Matt’s caliber has elected to join Kurion to help the company execute increasingly sophisticated international projects,” added Bill Gallo, Kurion CEO. “Matt’s track record of management and operational excellence strengthen the experience we bring to the projects and markets Kurion is pursuing worldwide.”

News of McCormick’s retirement from public service attracted tributes from Washington D.C. to Washington State. Rep. Doc Hasting said, “Matt has not only successfully carried out the cleanup mission at Richland, he has also served as a tireless advocate for Hanford.” On the floor of the U.S. Senate on June, 3, 2014, Sen. Patty Murray noted, “Mr. McCormick was part of the team that set forward a path to protect the Columbia River and reduce the active footprint of the Hanford site by focusing on cleanup projects along the shoreline under the 2015 Vision. During his tenure, the remaining plutonium left in the Plutonium Finishing Plant after the Cold War was stabilized, packaged, and shipped offsite and out of the State of Washington. Cleanup was completed at the first reactor area—F reactor, and a total of seven of nine nuclear reactors were placed in interim safe storage.” Senator Maria Cantwell thanked McCormick for his service, particularly for increasing access to the public through Hanford Site and B-Reactor tours.

McCormick started his career as a nuclear engineer in the U.S. Navy where he was responsible for the overhaul, repair, refueling and testing of naval nuclear power plants. He joined the DOE in 1988 as a senior nuclear engineer and moved to its Rocky Flats Field Office in Golden, Colo., in 1990. He spent 10 years at the site where he was responsible for the technical oversight of nuclear operations and held multiple leadership roles. In 2000 McCormick was named director of the Environmental Restoration Division at the Richland Operations Office and became assistant manager of the Central Plateau at the site in 2003. He was appointed manager of the Richland Operations Office in 2010, a role he held until his retirement from public service earlier this month. McCormick earned a Bachelor’s of Science degree in Civil Engineering from Montana State University. He lives in Richland, Wash.

Kurion creates technology solutions to access, separate and stabilize nuclear and hazardous waste to isolate it from the environment. Kurion’s suite of technologies and engineering capabilities offer a platform to address the most-challenging nuclear and hazardous waste sites worldwide. Founded in 2008, Kurion is backed by leading energy investors Lux Capital, Firelake Capital Management and Acadia Woods Partners. The company is headquartered in Irvine, Calif., and has facilities in Richland, Wash., Houston, Texas, Loveland, Colo., and Tokyo, Japan. For more information, please visit www.kurion.com. 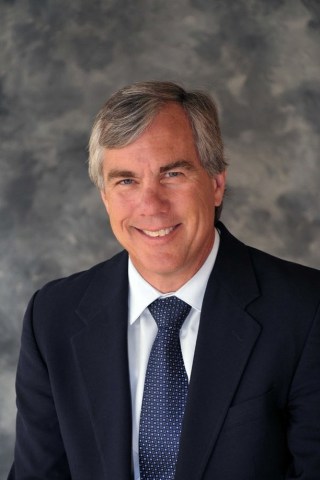