Pan regional organizations including the Organization of American States, African Union (AU), League of Arab States (LAS), ASEAN-BAC and ADFIAP have partnered with GCEL through MOUs as well as joint economic publications presenting the road map to achieve the above. The world’s top 26 technology firms have entered into strategic agreements with GCEL as a first step towards being selected under an equal opportunity process to deploy the digital platform globally.

Asia Logistics Council Chairman, H.E. Tan Sri Abdul Rahman Mamat, former Secretary General of Malaysia’s Ministry of International Trade and Industry, welcomed Mr. Ningning stating, “The G20 leaders recognize the importance of trade; and that gains in efficiency, security and transparency which reduce costs and facilitate increased trade is a key step to the prosperity of people, nations, regions, and the world. We look forward to Mr. Ningning’s expert advice as we deliver a tangible program to enhance Asia’s growth as well as global trade.”

GCEL’s HumaWealth Program is being deployed through 4 Benchmark Trade Lanes in Asia, Americas, Europe and MEA. The MEA trade lane is being launched with the Saudi Arabia and UAE governments along with LAS, AU and Islamic Center for Development of Trade. The MEA trade lane will trigger economic growth within the Euro-Med creating nearly 8 million new jobs for Europe and 32 million in the South Med. 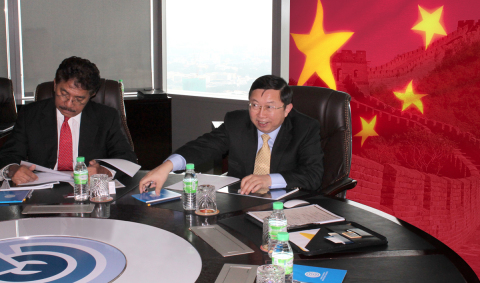