The book, whose title was proposed by editorial board head Zhao Deming, is defined as a standardized terminology system for big data. Research and compilation were carried out by China’s new and foremost big data think tank, the Key Laboratory of Big Data Strategy, with the laboratory’s director, Professor Lian Yuming, serving as editor-in-chief. The book is the fruit of cooperation and shared wisdom among dozens of organizations and hundreds of experts within and outside of China. It is a product of theoretical and practical innovation from China Data Valley in Guiyang.

Big Data Terminology provides a comprehensive picture of the big data knowledge system within the global context and from the perspective of the future. It places entries into nine categories: Basics of Big Data, Big Data Strategy, Big Data Technology, Big Data Economy, Big Data Finance, Big Data Governance, Big Data Standards, Big Data Security, and Big Data Legislation. In addition, it has the groundbreaking aspect of each entry being provided in Chinese, Arabic, English, French, German, Italian, Japanese, Korean, Portuguese, Russian, and Spanish. These 11 languages represent four of the world’s language families, which are spoken in over 200 countries and regions on six continents. Compiled in a way that complies with internationally accepted norms, this multilingual book offers a systematic guide to the academic discourse and terminology. It will allow China to have a greater voice in the global realm of big data and in standards setting. In addition, it will accelerate the dissemination and application of big data knowledge while contributing to the Belt and Road Initiative and the building of a community with a shared future for humanity.

Big Data Terminology represents an innovative project in presenting the results of interdisciplinary, specialized and open research concerning big data. Thanks to the pioneering work by the Key Laboratory of Big Data Strategy following its research effort related to block data, data rights law, and sovereignty blockchain, the book shows remarkable foresight and originality. In its recommendation of the book, International Knowledge Centre for Engineering Sciences and Technology under the Auspices of UNESCO wrote that the publication of Big Data Terminology in different languages that include those officially used in the United Nations has allowed people to see the internationalization and capacity for innovation of China Data Valley in Guiyang. It hailed the book as not only a reference book but also one of the cornerstones of the transformation from the big data era to the big knowledge era. 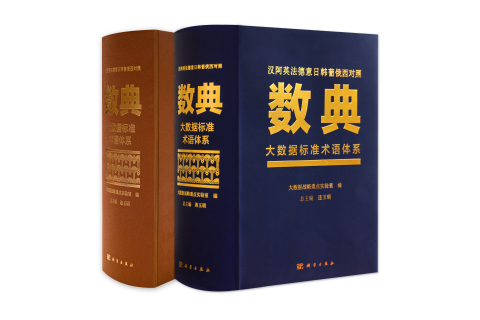