The campaign, which has struck a chord worldwide with nearly 300 million views to date highlights quadruple amputee Kyle Maynard in final installment

NIKE, Inc. (NYSE:NKE) today unveiled the final film in its powerful and globally reaching “Just Do It – Nike Unlimited Campaign” which showcases how unlimited determination can overcome the toughest of challenges.

The films are just one component of Nike’s global campaign celebrating athletes around the world across an amazing year of sport. The campaign also engages and motivates consumers digitally via the company’s newly launched Nike+ App and physically with activations taking place in Los Angeles, London, New York, Paris, Rio, São Paulo, Shanghai and Tokyo, along with the recently launched Nike Unlimited Cross-Category footwear collection available at retail across the globe. The company also profiles a number of its premier athletes including Gabby Douglas, Simone Biles, Ashton Eaton and Allyson Felix, here, detailing in-depth the resolve that victory requires.

The final installment of the film series celebrates athlete Kyle Maynard and his extraordinary motivation to push his limits daily. The series of films hails both the everyday athlete and the champion athletes who embark on challenges which most people would view as unsurmountable.

Kyle Maynard is the first quadruple amputee to ascend Mount Kilimanjaro without the aid of prosthetics. Now 30 years old, Kyle was born with a rare congenital disease but he did not allow this to affect his participation in multiple sports. Kyle has not let his success be defined by anything or anyone but himself. His mindset and actions inspire people to believe that nothing in their lives can keep them from accomplishing their goals.

“If you’re doing something first, you don’t have that path laid out for you so you just have to go and figure it out,” Maynard explains. “You learn how to use your mind. You learn: How do I not fall apart when I have something bad happen to me? How do I get through and overcome bigger challenges? How do I adapt? The lessons that you learn in your sport can transcend into every area of your life, in your relationships and in just any dream that you have.”

Greg Hoffman, Nike Chief Marketing Officer, said: “We have seen an incredible response from consumers around these series of films. We’re expanding the definition of athleticism and allowing people around the world to see themselves, and their potential, through the lens of these amazing athletes like Kyle Maynard.” 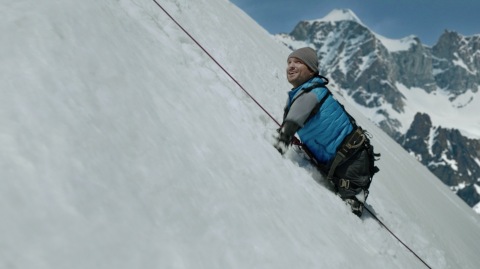 NIKE, Inc. today unveiled the final installment in its "Nike Unlimited Campaign" which has struck a chord with nearly 300 million views to date. (Photo: Business Wire) 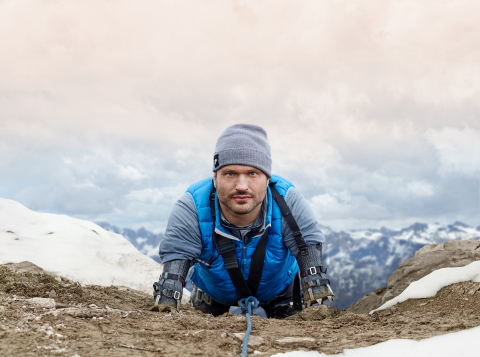