The Asia Foundation Applauds the Accomplishments of Douglas Bereuter

SAN FRANCISCO--(BUSINESS WIRE)--On February 1, 2010, The Asia Foundation, the premier non-profit, non-governmental organization working to promote reform, development, and prosperity in Asia, announced that former Congressman Douglas Bereuter, president and CEO, will retire from his position September, 30, 2010, having fulfilled his six-year leadership commitment to the Board of Trustees. (In a related statement made today, The Asia Foundation announced David D. Arnold will become the new president and CEO.) The organization has experienced unprecedented growth and diversification in programming, funding, and staff under Mr. Bereuter’s highly successful leadership.

Mr. Bereuter was selected as president and CEO by The Asia Foundation’s Board of Trustees in 2004. He had previously served 26 years in the U.S. House of Representatives, where he chaired the Asia-Pacific Subcommittee and was vice chairman of both the Foreign Affairs Committee and the House Intelligence Committee.

In the past five years, the organization’s programs in Asia have grown 78 percent, and in 2009, a record year despite the global financial crisis, the Foundation devoted 86 percent of its $138 million budget to core programming in Asia in the areas of governance, economic reform and development, women’s empowerment, environment, and in the improvement of international relations. Through Books for Asia, last year, the Foundation distributed nearly one million new English-language books valued at over $43 million.

The Foundation’s sources of funding are also now broadly diversified and international: in addition to U.S. government funding, eleven other countries’ development programs and the key multilateral institutions are major donors to The Asia Foundation. Resources from corporate, foundation, and individual charitable donors have also increased since 2004.

During Mr. Bereuter’s presidency, The Asia Foundation has sought to diversify the nationality and background of its highly qualified and motivated employees, with Asian nationals now constituting more than 70 percent of its staff. They are located throughout the Foundation’s 18 offices across the Asia-Pacific, and in San Francisco and Washington, D.C. During Mr. Bereuter’s tenure, offices were reopened in India, Laos, and Malaysia, and a presence established in Singapore, to increase the organization’s presence and position as a resource for development in Asia. As a part of that effort, he gave strong support to the Foundation’s evolving state-of-the-art digital and social media platform, including asiafoundation.org and In Asia, now a highly regarded blog featuring critical insight for professionals in development, private and public leaders, scholars, the media, and students.

“Doug has made deep and enduring contributions to The Asia Foundation,” said Michael H. Armacost, chairman of the Board and Executive Committee of The Asia Foundation and former U.S. ambassador and under secretary of state. “He expanded our programs, opened new offices, diversified our funding base, extended the internationalization of our staff, and introduced more rigorous management systems. He also contributed to the field of international development and foreign affairs by investing in young people and associating them with the Foundation. We wish him a satisfying and productive retirement.”

“It’s been a very special privilege to lead this remarkable organization,” Mr. Bereuter said. “I am proud of the work we have done to actively invest in Asian organizations, coalitions, and citizens, and I hand the presidency over with both satisfaction and confident anticipation of its exciting future. Events in Asia critically affect American and global peace and prosperity; therefore, the work of The Asia Foundation has never been more important.”

Among Mr. Bereuter’s accomplishments: a new program emphasis on Conflict and Fragile Conditions to support peace processes in turbulent environments; and a landmark institutional partnership with the Australian Agency for International Development to pioneer new, international strategies to deliver aid, assistance, and security, especially in fragile states. In addition, Mr. Bereuter strengthened the organization’s strategic planning process and intellectual vigor and inaugurated study sabbaticals for senior Foundation field staff in order to pursue development research and writing. He contributed to the experiences of talented post-graduate students through the creation of the Junior Associates in Asian Affairs Program, already a highly respected and competitive mentoring initiative within the Foundation. Reflecting the ongoing importance of that initiative, the Foundation’s Board of Trustees recently announced that in recognition of Mr. Bereuter’s “passionate commitment to the support and nurturance of young professionals in the field of international relations and development,” they re-named the program the Douglas K. Bereuter Program for Junior Associates in Asian Affairs.

Doug Bereuter and his wife, Louise, plan to divide their time between their home in Nebraska, re-engaging in civic affairs and the arts community, and Mr. Bereuter’s future work in public policy and teaching in Washington, D.C., Nebraska, or California.

“The Asia Foundation is uniquely poised to address many of Asia’s urgent needs,” said Mr. Bereuter. “I began my tenure with great respect and a high appreciation for our staff, partners, and donors, and that is how I am concluding it. The Asia Foundation is an active, on-the-ground presence and partner to Asia. Those qualities seem even more impressive to me today.”

About The Asia Foundation

The Asia Foundation is a non-profit, non-governmental organization committed to the development of a peaceful, prosperous, just, and open Asia-Pacific region. The Foundation supports programs in Asia that help improve governance, law, and civil society; women's empowerment; economic reform and development; and international relations. Drawing on nearly 60 years of experience in Asia, the Foundation collaborates with private and public partners to support leadership and institutional development, exchanges, and policy research.

With 18 offices throughout Asia, an office in Washington, D.C., and its headquarters in San Francisco, the Foundation addresses these issues on both a country and regional level. In 2009, the Foundation provided more than $86 million in program support and distributed nearly one million books and journals valued at over $43 million. 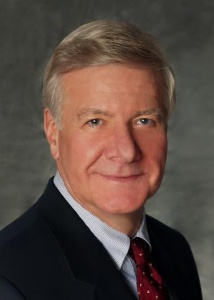 San Francisco--Douglas Bereuter, president and CEO of The Asia Foundation, retires from his position September, 30, 2010, having fulfilled his six-year leadership commitment to the Board of Trustees. (David D. Arnold will become the new president and CEO.) The organization has experienced unprecedented growth and diversification in programming, funding, and staff under Mr. Bereuter's highly successful leadership. He previously served 26 years in the U.S. House of Representatives. (Photo: Business Wire)