CO2 reduction by up to 3.1% is expected by regenerative electric power via exhaust gas heat through Thermoelectric Generator unit on a vehicle with 2.0L gasoline engine

TEG unit, which is installed in a part of vehicle exhaust system, can reduce CO2 emissions following the reduction of alternator load achieved by generating electrical power from unutilized waste exhaust gas and also by early warm-up of engine by heated coolant through TEG unit at engine start.

In this demonstration test TEG unit was installed in a test vehicle, and the generated electrical power from TEG unit and CO2 emissions were measured on a chassis dynamometer. Thanks to the TEG unit, 1.9% of CO2 emissions (i.e. 3.9 g/km) was reduced throughout the European WLTP*1 driving cycle. Following this result, the potential benefit of TEG unit was estimated to be 3.1% CO2 reduction (i.e. 6.4g/km) by further optimization of vehicle installation of TEG unit.

Background of the Development
Recently the activities to realize a carbon neutral society have been accelerated globally and further CO2 reduction has been requested strongly to automotive industry.

TEG has long been drawing attention as one of the environmental technologies, and in the automotive industry various development efforts have been made to materialize the technology to reduce CO2 emissions. However, due to the insufficient performance and reliability of the TEG module, and also lack of engineering work to design the system using TEG unit on a vehicle, the technology has yet to be put into practical use.

In March 2021, both companies commenced sample sales of a TEG module, YGPX024*2, that features the highest output and largest size*3, to investigate market needs. We have now conducted this demonstration test for automotive applications where business on a large market scale can be expected.

During this demonstration test, there were notable installation restrictions for the TEG unit, and the gas temperature at the exhaust inlet pipe could not reach the target value. Therefore, we conducted an additional test achieving the target gas temperature, and based on the test result, our analysis showed a maximum CO2 emissions reduction of 3.1% (6.4 g/km) by optimizing the vehicle installation of TEG unit.

Future Prospects
It is certain that electrification and higher efficiency of internal combustion engines are essential in automotive industry to realize a carbon neutral society. Most automotive manufacturers require novel technologies for further improvements in CO2 reduction of vehicles with an internal combustion engine. Our goal is to realize a carbon neutral society with our customers through the world’s first practical use of TEG unit for automotive applications.

* All product names and company names are the trademarks or registered trademarks of their respective owners.
* All information is as of the date of release. Information is subject to change after its release. 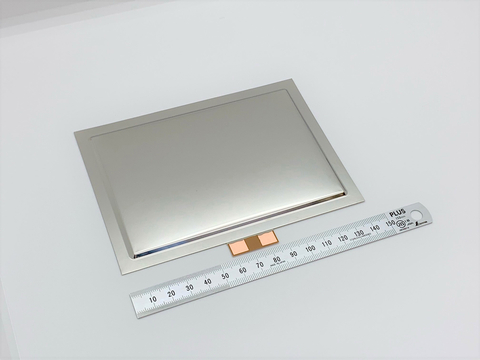 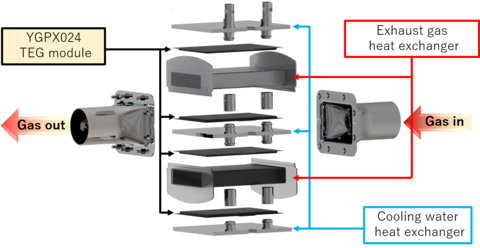 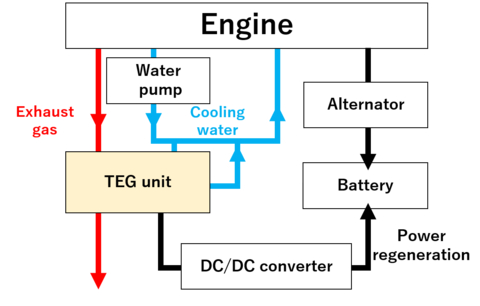