BEAVERTON, Ore.--(BUSINESS WIRE)--NIKE, Inc. (NYSE:NKE) today unveils an action-packed film that brings together some of the world’s greatest players to inspire football lovers and sports fans around the world. The epic three-minute “Write the Future” film takes people on a journey that dramatically captures that one moment when headlines are written from a single pass, or one strike can bring a nation eternal happiness, while bringing others to their knees.

Football fans around the world will be able to experience the full three-minute film online at nikefootball.com from May 20th at 6pm GMT before it rolls out through global partnerships with Facebook, YouTube and QQ.com on Saturday the 22nd. The spot will then air across 32 countries, sharing the campaign with millions of fans around the world on May 22nd.

This marks the first stage of a journey that will ultimately see fans around the world write their own future through experiences that put them at the center of the action. In June, fans will be able to live like their heroes through a unique experience on nikefootball.com that generates ripple videos and visuals from their own photos and information, placing them at the center stage.

Footballers can then use this creative to build their own Facebook campaign to get noticed and selected for “The Chance” – an elite Nike Academy football camp in partnership with the Barclays Premier League in England that allows players to get scouted and get noticed at the highest level of the game.

“This epic campaign really captures the scale, emotion and impact that one single moment in a football game can have on a player, fan or nation,” said Davide Grasso, NIKE, Vice President of Global Football Marketing. “This is just the beginning of the journey. The next stage allows everyone who loves football to engage and interact in an incredible way.”

The story starts when the viewer is drawn into the heat of battle on the pitch as a ball drops from the air into the path of Didier Drogba. As the world holds its collective breath, Drogba picks his way through sliding defenders and expertly chips the goalkeeper – wild celebrations commence across Africa. But they are curtailed at the last second as Fabio Cannavaro makes a stunning overhead goal line clearance. This game-changing moment propels Cannavaro to pop culture icon complete with television chat show appearances and a song dedicated to his moment of brilliance.

Other global football stars including Wayne Rooney experience how a moment on the pitch can last forever. In one scene, the England striker sees an intercepted pass picked up by midfielder Franck Ribery. The ensuing impact brings a nation to its knees and leaves us to imagine Rooney’s destroyed career and his life as a groundsman, living in a caravan, with Ribery’s image looming large above him on a giant billboard. Fast forward, and Rooney relives the moment, sprints after Ribery and wins the ball back. Personal and national pride restored, we see him receiving a knighthood, with headline-grabbing plaudits, a maternity room full of little Waynes and an effortless table-tennis defeat of Roger Federer. The Rooney ripple effect comes full circle.

Similarly, Cristiano Ronaldo is fouled in a game, and as he prepares to take a vital free-kick for Portugal, we flash forward to see the ripple effect if he scores; a stadium named in his honour and a Film Premiere for a movie of his life.

“Every touch you have in a game has the ability to change the entire course of not just those 90 minutes, but your entire tournament or season,” said Cristiano Ronaldo. “One touch of the ball can be an opportunity to leave your mark on the game and write your own future, or equally a moment missed, that creates a legacy for your opponent with their fans.”

To see the Nike “Write the Future” campaign first, fans can sign up at Nike Facebook and nikefootball.com starting at 6pm GMT today.

All four Elite Series boots to be worn by Nike players in South Africa, the Nike Mercurial Vapor SuperFly II, Nike CTR360 Maestri, Nike Total90 Laser III and Nike Tiempo Legend III, are available at retail and at www.nikestore.com as of May 22, 2010.

Nike Football+ gives footballers insider access to the world’s best coaches, players and teams for total game improvement. People who purchase a new pair of Nike boots receive a unique user code that unlocks the full Nike Football+ program at nikefootball.com. They will receive all the benefits of Nike Football+ access at no added cost. The code will also provide access to future Nike Football+ programs that help players improve their game and win. Nike Football+ is available as an app for the iPhone and iPod Touch on iTunes and via the mobile web on all WAP-enabled handsets. 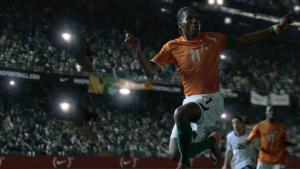 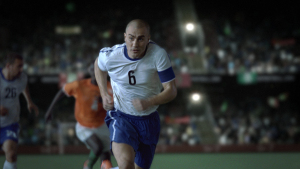 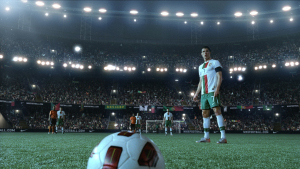 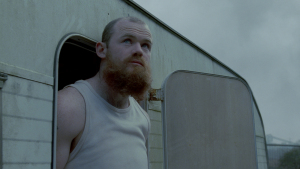