LONDON--(BUSINESS WIRE)--Time Out has revealed that Nørrebro in Copenhagen tops its fourth annual World’s Coolest Neighbourhoods list: the cultural and culinary hotspots that are leading the way as we begin to emerge from the pandemic.

Nørrebro is a diverse district where history meets ultramodern architecture on the northern side of Copenhagen’s lakes, and it truly has it all. In a city proudly known for its food and drink scene, Nørrebro has seen a flurry of new openings this year from bakeries to natural wine bars, all with a focus on local, seasonal (and often foraged) produce. The neighbourhood was host to the city’s Pride march this summer, when WorldPride came to Copenhagen – the most significant LGBTQ+ event in the world. In a year where community has been more important than ever, Nørrebro has no shortage of innovative initiatives including Nørrebrogade’s Car-Free Sunday where traffic is swapped for live music and flea markets, and Usynglige Stier (‘Invisible Paths’) an interactive art exhibition that brings fun and a splash of colour to the neighbourhood’s most vulnerable areas.

Caroline McGinn, Time Out’s Global Editor-in-Chief, said: “Time Out’s annual list of the World’s Coolest Neighbourhoods is a love letter to the city at its most joyful and surprising. It celebrates the hyperlocal places where cities of the future are being made up, on the spot. In the last year, grassroots community culture has been vital to preserving the health and optimism of city-dwellers and the restaurants, bars, galleries and culture spots that make cities such a crucible of invention and social life. It’s inspiring to see how much energy there is in these areas, where communities have come together, hung out and made new stuff, as well as supported other businesses and each other. You’ve probably never heard of most of the neighbourhoods on the list but these are places where a ‘better normal’ is emerging. I can’t wait to visit.” 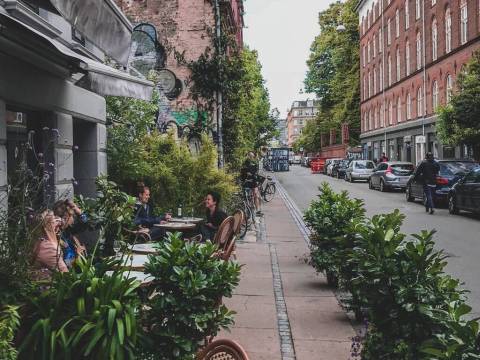