“Given the incredible amount of streaming content available today, connecting viewers with content that not only piques their interest, but also resonates enough to keep them coming back for more is a significant challenge for publishers looking to identify and engage new audiences,” said Keith Zubchevich, CEO, Conviva. “By leveraging advertising, recommendations and social media to curate and promote their offerings, publishers can expose viewers to new, quality content while simultaneously increasing their reach and brand loyalty.”

The report illustrates a direct correlation between high social media usage and high streaming video consumption, showing social platforms are key to new content discovery. The average number of social media platforms used by a typical consumer is 3.4 while this number jumps to 3.9 for heavy streamers (and plummets to 2.3 for non-streamers). What’s more, high social media users are more than twice as likely to spend more than eight hours per day streaming.

Publishers must maintain an advertising mix to maximize content exposure

Advertising also plays a key role in the discovery process and data revealed the advertising mix must be adjusted to maximize streaming engagement as evidenced by:

The full report can be downloaded here.

Data for this report was gathered through research conducted by Dynata between June 10, 2021 and June 14, 2021. The group surveyed was comprised of 2,502 consumers who are over 18 years of age, use social media as well as watch television or other video content through internet streaming and watch linear television (not streamed from the internet). 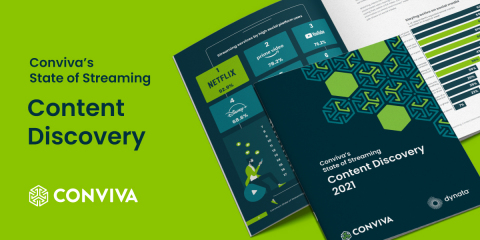