LONDON--(BUSINESS WIRE)--Membership Collective Group (“MCG”), a global membership platform comprised of Soho House, Soho Works, The Ned, Scorpios Beach Club and Soho Home, and related digital platforms, today announced the pricing of its initial public offering of 30,000,000 shares of its Class A common stock at a public offering price of $14.00 per share. In addition, MCG has granted the underwriters a 30-day option to purchase up to an additional 4,466,535 shares of its Class A common stock at the public offering price, less underwriting discounts and commissions. The Class A common stock is expected to begin trading on the New York Stock Exchange under the ticker symbol “MCG” on July 15, 2021, and the offering is expected to close on July 19, 2021, subject to the satisfaction of customary closing conditions.

The offering in the U.S. is being made only by means of a prospectus filed with the U.S. Securities and Exchange Commission (“SEC”). Copies of the prospectus, when available, may be obtained from: J.P. Morgan Securities LLC, c/o Broadridge Financial Solutions, 1155 Long Island Avenue, Edgewood, NY 11717, by email at prospectus-eq_fi@jpmorgan.com or by telephone at (866) 803-9204 or Morgan Stanley & Co. LLC, Attention: Prospectus Department, 180 Varick Street, 2nd Floor, New York, NY 10014 or by email at prospectus@morganstanley.com.

The Membership Collective Group (MCG) is a global membership platform of physical and digital spaces that connects a vibrant, diverse and global group of members. These members use the MCG platform to work, socialize, connect, create and flourish all over the world. We began with the opening of the first Soho House in 1995 and remain the only company to have scaled a private membership network with a global presence. Members around the world engage with MCG through our global portfolio of 30 Soho Houses, 9 Soho Works, The Ned in London, Scorpios Beach Club in Mykonos, Soho Home – our interiors and lifestyle retail brand – and our digital channels.

United Kingdom: This communication is for information purposes only and is not an offer of securities to the public in the United Kingdom or in any other jurisdiction. This communication constitutes a financial promotion for the purposes of section 21 of the Financial Services and Markets Act 2000 and has been approved by PrimaryBid Limited which is authorized and regulated by the Financial Conduct Authority (FRN 779021).

Any subscription or purchase of securities possible offering should be made solely on the basis of information contained in a relevant prospectus which may be issued by MCG. The information in this announcement is subject to change. Before subscribing for or purchasing any shares, persons viewing this announcement should ensure that they fully understand and accept the risks which will be set out in the relevant prospectus. No reliance may be placed for any purpose on the information contained in this announcement or its accuracy or completeness. This announcement does not constitute, or form part of, any offer or invitation to sell or issue, or any solicitation of any offer to acquire, whether by subscription or purchase, any shares or any other securities, nor shall it (or any part of it), or the fact of its distribution, form the basis of, or be relied on in connection with, or act as any inducement to enter into, any contract or commitment whatsoever.

Potential investors should not base their financial decision on this announcement. Acquiring investments to which this announcement relates may expose an investor to a significant risk of losing all of the amount invested. Persons considering making investments should consult an authorized person specializing in advising on such investments. This announcement does not constitute a recommendation concerning a possible offer. The value of shares can decrease as well as increase. Potential investors should consult a professional advisor as to the suitability of a possible offer for the person concerned.

Nothing contained herein constitutes or should be construed as (i) investment, tax, financial, accounting or legal advice; (ii) a representation that any investment or strategy is suitable or appropriate to your individual circumstances; or (iii) a personal recommendation to you.

This communication is not a prospectus for the purposes of Regulation (EU) No 2017/1129 as amended by The Prospectus (Amendment etc.) (EU Exit) Regulations 2019, which is part of domestic law in the United Kingdom by virtue of the European Union (Withdrawal) Act 2018, but an advertisement. A prospectus may be published in the United Kingdom in due course on the Company's website at www.membershipcollectivegroup.com. 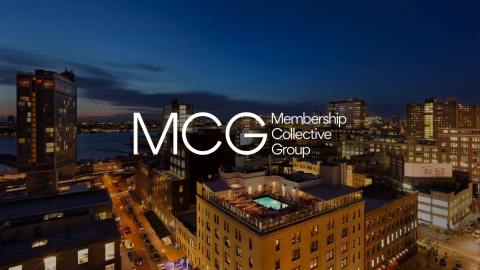 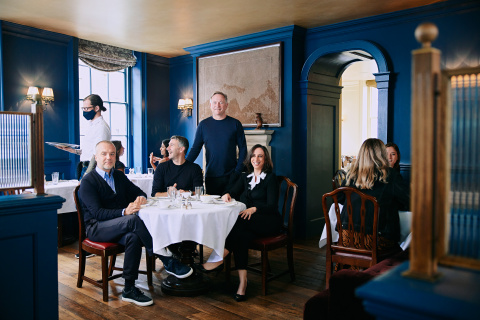