PARIS--(BUSINESS WIRE)--Bryan, Garnier & Co, a leading pan-European Investment Bank focusing on growth companies, is delighted to announce that Clifford Siegel has been appointed as Non-Executive Chairman at the firm.

Based in London, Clifford will take up this new position to help develop Bryan, Garnier & Co’s strategy across Europe and the US.

Clifford, 63, has a distinguished career in the investment banking industry. After starting and running the US business of the Cresvale Group, he joined Jefferies in New York in 1990, before moving to London in 1993 to become the CEO of the group’s international business.

During Clifford’s 18-year tenure, Jefferies International grew from a small team in London to a global business with revenues of over USD 300m and offices in Asia and Europe. After retiring from Jefferies, he later founded and ran the debt capital markets boutique ISM Capital, before selling the business to Stifel Nicolaus Europe in 2016. He retired from his role as Vice-Chairman of Stifel Nicolaus Europe Ltd in the autumn of 2020.

Olivier Garnier, Co-founder & Managing Partner states: “We are delighted to welcome Cliff to Bryan, Garnier & Co. He brings both a wealth of experience in all facets of the banking business that will help us expand our business footprint and support our strategic ambitions”.

Clifford Siegel comments: “I have admired the remarkable success and consistency of Bryan, Garnier & Co for many years. I am delighted to be joining them at a time when, now more than even, there is a need for highly committed investment bankers with outstanding quality standards, deep industry expertise and broad transaction capacities to support growth companies and their shareholders”.

In his capacity, Clifford will contribute to strengthening the group’s corporate development initiatives. This includes strategic acquisitions and alliances following Bryan, Garnier & Co’s recent developments in the Nordics and the US, as well as the expansion of the firm’s activities in complementary areas such as fixed income and debt advisory.

With more than 60 private and public capital-raising and M&A transactions closed in 2020, Bryan, Garnier & Co benefits from its longstanding leadership in the healthcare, technology and environmental sectors in Europe. Recent transactions include the sale of smartTrade to leading software private equity investor Hg Capital, the take-private of ITSM player Easyvista by Eurazeo, capital for circular economy player asgoodasnew, the sale of Specim to Konica Minolta and the sale of BlueBee to Illumina. Over the years, Bryan, Garnier & Co has distinguished itself by backing some of the most disruptive companies in the domain of alternative proteins (Prolupin), green hydrogen (McPhy Energy), cannabis (Canopy Growth), blockchain and cryptocurrencies (Bitfury Group), and mRNA biotech (Moderna and BioNTech).

Bryan, Garnier & Co is a European, full-service growth-focused independent investment banking partnership founded in 1996. The firm provides equity research, sales and trading, private and public capital raising as well as M&A services to growth companies and their investors. It focuses on key growth sectors of the economy including Technology, Healthcare, Consumer and Business Services. Bryan, Garnier & Co is a fully registered broker dealer authorized and regulated by the FCA in the UK, the AMF in Europe and the FINRA in the U.S. Bryan, Garnier & Co is headquartered in London, with additional offices in Paris, Munich, Stockholm, Oslo, Reykjavik as well as New York and Palo Alto. 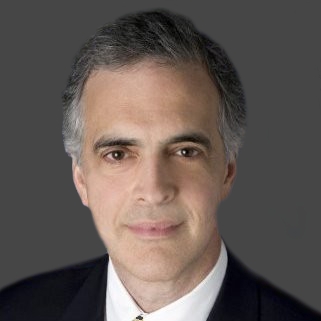