TOKYO--(BUSINESS WIRE)--The Edogawa NICHE Prize for the year 2020 has been awarded to Dr. John Craig Venter for his contribution to research and development pertaining to the Human genome. This honor reflects Dr. Venter's lifetime accomplishments in the power of the genomics and specifically in the identification of the human genome which has radically transformed healthcare according to Prof. Gary Levy, chair, Edogawa NICHE awards committee (www.edogawanicheprize.org).

Edogawa NICHE Prize was Instituted in 2018, by the Jinseisha trust, and the Nichi-In Centre for Regenerative Medicine (NCRM), which honours scientists or clinicians whose contributions lead to the development of prevention, diagnosis or treatment of any disease, through an inter-disciplinary approach. Alumni of the Fujio Cup Quiz, a part of NCRM NICHE, (www.ncrmniche.org), have priority for nomination, a unique feature of this prize. Previous awardees include Prof James Till, University of Toronto, Canada for discovery of stem cells (2018) and Dr. Steven Rosenberg, National Institutes of Health, USA for his groundbreaking work on T-lymphocyte immunotherapy (2019).

Dr. Venter was born in Salt Lake City Utah on October 14, 1946. He started his college education at the College of San Mateo, CA and later studied Biochemistry in University of California, San Diego under biochemist Nathan O. Kaplan. After obtaining a PhD in Physiology and Pharmacology from UCSD, he became a Professor at the State University of New York and joined the National Institute of Health in 1984. He has founded Celera Genomics, The Institute of Genomic Research (TIGR), J.Craig Venter Institute (JCVI) and co-founded Human Longevity Inc and Synthetic Genomics.

His path breaking sequencing of the first human genome with the Human Genome Project further progressed to transfecting a cell with a synthetic chromosome, a feat that has opened up opportunities to develop novel solutions not only in healthcare, but also in environmental issues and energy domain.

The awarding of the Edogawa NICHE prize to Dr Venter is the most recent in a string of honors including United States Medal of Science (2008), Gardner Foundation International Award (2002), Paul Erlich and Ludwig Darmstaedter Prize (2001) and the King Faisal International Award of Science (2001). He was listed on Time Magazine’s list of the most influential people in the world.

The award ceremony date will be announced later. 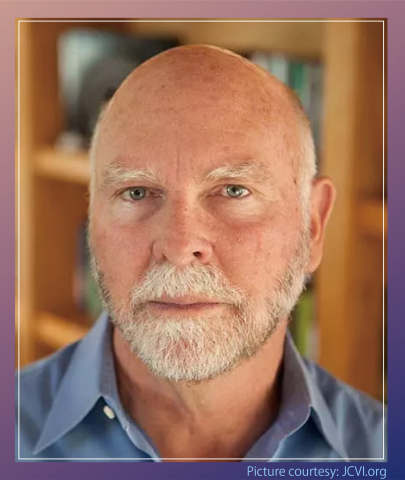 Dr. John Craig Venter, recipient of the 2020 - Edogawa NICHE Prize, for his contribution to research and development pertaining to the Human genome. (Photo: Business Wire)