SAN JOSE, Calif.--(BUSINESS WIRE)--Velodyne Lidar, Inc. today announced a three-year agreement with EasyMile, a global leader in driverless technology and smart vehicle solutions. EasyMile uses Velodyne lidar sensors in production of its EZ10 autonomous passenger shuttles that are deployed on public and private roads in more than 30 countries around the world.

EasyMile will enhance its EZ10 shuttle fleet with Velodyne’s state-of-the-art sensors for safe and efficient navigation on roadways. Electric and driverless, the EZ10 shuttle was the one of the first autonomous shuttles launched in April 2015. It has a track record of over 200 deployments and more than 600,000 km driven in autonomous mode and one of the most advanced technology currently available. The shuttle, which has capacity for up to 15 passengers, includes a built-in automated electric ramp to support accessibility for individuals with disabilities.

“For precise navigation in real time, the EZ10s use our algorithm that fuses data from a variety of perception sensors, including lidar and camera, and localization sensors, including GPS, INS and odometry. Velodyne lidars along with radar scan for objects, vehicles, animals and people that might pose a collision threat, feeding that information to the vehicle’s control software,” explained Olivier Pairot, EasyMile’s Director of Product Marketing. “By utilizing Velodyne sensors, we are able to best gather information on every part of our environment, both close to the vehicle and at longer ranges.”

“Velodyne’s high performance lidar technology is a key component in enabling our autonomous vehicles to deliver smart mobility in urban, suburban and private environments,” said Benoit Perrin, Managing Director and COO, EasyMile. “Velodyne’s solutions have the reliability, quality and production scale we are looking for to continue to grow our fleet worldwide.”

Velodyne’s sensors are optimized for outstanding indoor and outdoor performance, operating in a variety of light conditions. By combining high-resolution 3D perception with a broad vertical field of view, they can accurately detect a variety of objects.

EasyMile is a global leader in driverless technology and smart vehicle solutions. The fast-growing company develops software to automate transportation platforms without the need for dedicated infrastructure. EasyMile’s cutting-edge technology is revolutionizing passenger and goods transportation, offering new mobility options. EasyMile has already deployed close to 250 driverless projects in more than 30 countries and transported people over 600,000 km. Clients include the world’s largest transport operators, city authorities, airports, corporations, business parks, and universities. Founded in 2014, EasyMile has a global presence with headquarters in Toulouse (France) and regional offices in Denver (USA), Berlin (Germany), Adelaide (Australia) and Singapore. The Company employs over 200 highly skilled and passionate employees specializing in robotics, computer vision and vehicle dynamics. Besides the two founders, CEO Gilbert Gagnaire and Board Member Philippe Ligier, EasyMile benefits from the backing of minority shareholders and strategic partners, Alstom, Continental and Bpifrance. 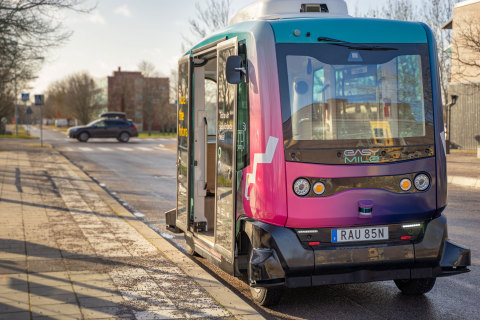 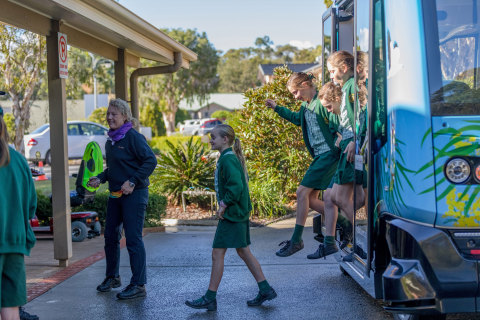 EasyMile uses Velodyne lidar sensors in production of its EZ10 autonomous passenger shuttles that are deployed on public and private roads in more than 30 countries around the world. (Photo: BusBot - EasyMile EZ10 in Coffs Harbour, Australia) 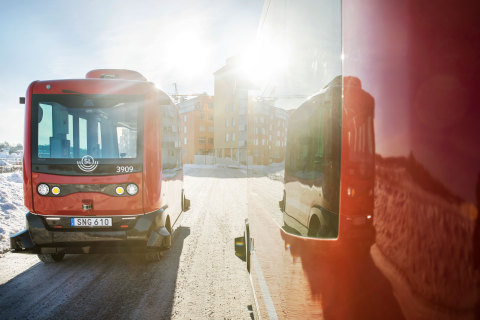 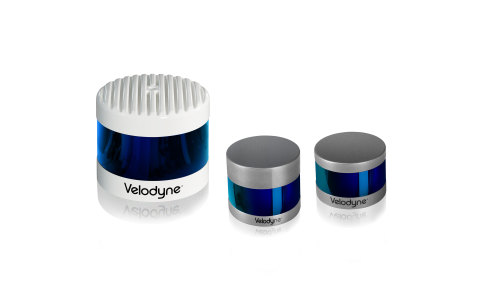