1.86 Customer Minutes Lost (CML) of Electricity per Year in Dubai

DUBAI, United Arab Emirates--(BUSINESS WIRE)--Dubai Electricity and Water Authority (DEWA) has achieved a new world record in electricity Customer Minutes Lost (CML) per year. DEWA recorded 1.86 minutes, in Dubai, compared to around 15 minutes recorded by leading electricity companies in the European Union. This is a new addition to DEWA’s record of international achievements in electricity and water services.

“At DEWA, we work according to the vision and directives of our leadership to provide a robust infrastructure according to the highest international standards. We continuously work to enhance the capacity and efficiency of transmission and distribution networks to provide electricity and water services according to the highest standards of reliability, availability, efficiency, and sustainability. This is to meet the growing demand for energy and water and keep pace with Dubai’s urban and economic plans,” said HE Saeed Mohammed Al Tayer, MD & CEO of DEWA.

DEWA adopts the latest technologies for energy production, transmission, and distribution. It is also building an integrated smart grid, which is a key component of its strategy to develop an advanced infrastructure to support Dubai's efforts to become a smart and happy city. The smart grid strategy contains 10 programmes to be completed over the short, medium and long-term by 2035. These include Advanced Metering Infrastructure for Electricity, Advanced Metering Infrastructure for Water, Asset Management, Distribution Automation, Information Technology Infrastructure, Transmission Automation, System Integration, Telecommunications, Big Data and Analytics, and Security.

DEWA’s results surpass major European and American utilities in several indicators. In 2019, losses from electricity transmission and distribution networks were 3.2% compared to 6-7% in Europe and the USA. Water network losses were also reduced to 6.6% compared to around 15% in North America.

The UAE, represented by DEWA, ranked first for the 3rd consecutive year in Getting Electricity, as per the World Bank’s Doing Business 2020 report. The report measures the ease of doing business in 190 economies around the world. 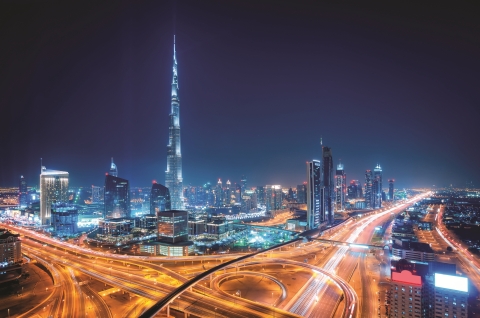