TAIPEI, Taiwan--(BUSINESS WIRE)--The Ministry of Culture (MOC) has announced the winners of the “Loving Monuments” photography contest. The winner is a photograph capturing the aesthetic of the Garden Watercourse Museum in Tainan, Taiwan.

The contest, running from September to October, was held by the MOC’s Taiwan Cultural Memory Bank project in collaboration with Wiki Loves Monuments, the world’s largest photography contest for historical monuments.

In this year’s contest, the panel selected three winning pieces and 47 outstanding works. The photo of the Garden Watercourse Museum, which took the first prize, speaks of the historical, cultural, and artistic values of Taiwan’s heritage site through skillful composition, exposure, and colors.

Along with the winning photos, seven works, including images of Dongyindao Lighthouse, Tamshui Yinshan Temple, the Museum of Drinking Water, the Lin Family Mansion and Garden, Beigang Chaotian Temple, Cihou Fort, and Longteng Bridge, will represent Taiwan to participate in the Wiki Loves Monuments global contest.

The winning photos will be collected by Taiwan Cultural Memory Bank and through the Creative Commons license (CC-BY-SA), the images will be registered as cultural assets that can be used all over the world.

Following the open call for “Loving Monuments,” the event held another open call for “Memories Collection,” inviting the public to submit photographs that embody collective memories of the past.

The event has attracted many people to share individual and group photos, spanning one that captured the image of elephant Lin Wang, the most popular and famous animal in Taiwan, the portrait of one’s grandmother working as a hairdresser apprentice when she was young, and the scene of ring toss games in traditional markets.

Each photo preserves the collective memories of Taiwan and echoes the spirit of “compiling each person's memory into the nation’s cultural memories.” The MOC will also partner with Wiki Loves Monuments to organize a workshop for documenting memories of people in Taiwan.

Taiwan Cultural Memory Bank project aims at preserving and reconstructing collective memories of the land and the people in Taiwan, and awakens the cultural identity of people on this island. 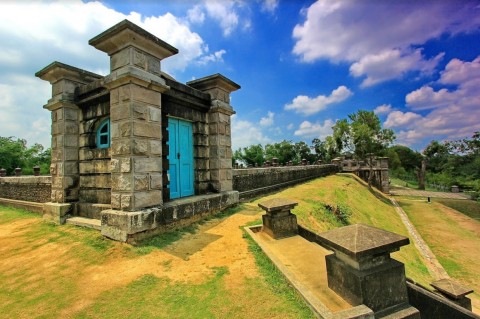