Open Bionics is building and developing the next generation of low-cost bionic limbs that turn disabilities into superpowers.

Kohli was also an early investor in Open Bionics and advocates its superior robotics technology for improving the confidence of children.

LONDON--(BUSINESS WIRE)--Investor Tej Kohli is to fund the purchase of ten bionic arms for children with limb differences in the UK. The Tej Kohli Foundation hopes that its commitment to fund arms for ten children over the next 5 months as part of its ‘Future Bionics’ program will highlight how assistive technology can substantially improve the lives and confidence of young people living with disabilities. The Tej Kohli Foundation hopes to inspire and influence other healthcare institutions to follow this lead and discover the advanced 3D-printed technology.

In England the National Health Service (‘NHS’) currently provides a single-grip myoelectric-controlled (‘myo’) prosthesis at a cost of approximately £8,000. However, the Open Bionics Hero Arm can be controlled with the electrical signals generated by a user’s muscles and has superior multi-grip functionality that enables users to perform many more everyday activities.

The Open Bionics Hero Arm costs £10,000 through a private prosthetics clinic in the UK, whereas other advanced multi-grip bionic hands cost £30,000 - £60,000. The Tej Kohli Foundation will spend an initial £100,000 to launch its ‘Future Bionics’ programme, which will enable ten British children to access not just a superior technology, but a better life.

The first Hero Arm recipient is 10-year-old Jacob Pickering from Blackburn, who will receive his new Hero Arm just in time for Christmas. Jacob was born without his right arm as a result of amniotic band syndrome. All Jacob has spoken about for the past month is the Hero Arm, and his father David is “completely overwhelmed” that Jacob has been selected for a donation and claims that it will “change Jacob’s life”. The second Hero Arm recipient is 14-year-old Harris Gribble from Exeter, who is a keen Rugby and Cricket player.

The lightweight Hero Arm is currently the only multi-grip myo prosthetic arm that is available for paediatric use. The enhanced ability of the user to be able to personalise their 3D-printed Open Bionics Hero Arm is also a huge boost to mental well-being and to perceived social acceptance. This is particularly important for younger people.

Investor Tej Kohli first discovered Bristol-based Open Bionics when he invested into ‘Rewired’, a robotics-focused venture studio ‘with a humanitarian bent’ that was a very-early backer of Open Bionics in 2017.

“We started the Tej Kohli Foundation in 2005 with a project to provide daily meals for 1,000 children in Costa Rica. Since then the Tej Kohli Foundation has supported projects all over the world and helped tens of thousands of people, especially those living with disability. This gift of ten bionic arms is the first project that we have ever initiated in the UK. I see it as just the beginning, and my hope is that this gift will help to highlight the positive difference that technology can make to the confidence and prospects of a younger person. We’re doing this as an example, but we hope that others will follow our lead. These technologies are now so accessible and affordable that healthcare organisations such as the NHS should do more to embrace and improve access to them for disabled young people.”

“We’re really grateful to the Tej Kohli Foundation for pledging to fund advanced bionic arms for ten children in the UK. These children are amongst dozens of people with upper limb differences in the UK fundraising right now for a Hero Arm. We've worked really hard to achieve a price point for the device that is acceptable for existing NHS budgets for prosthetic provision, and we very much hope the NHS sees how helpful these devices are and will begin offering them to the people who need them.”

Children and adults with below-elbow limb differences can register their interest at www.openbionics.com.

Images and profiles of the recipients of the Hero Arms can be downloaded here: https://www.dropbox.com/sh/wakjc66nz1ljjpb/AADwtFqgu7j-xhEtTRzYuBdsa?dl=0

Open Bionics was founded in 2014 by Joel Gibbard and Samantha Payne with the goal of developing affordable, assistive devices that enhance the human body. In other words, Open Bionics turns disabilities into superpowers. The Bristol-based bionics company is known globally for using 3D printing and 3D scanning, along with some clever software and design, to make advanced, affordable and accessible bionic limbs. In May 2018, the company released the Hero Arm, the world’s first medically approved 3D-printed bionic arm, and the very first multi-grip bionic arm for children as young as eight years old. The Hero Arm is available now through private prosthetic clinics all around the world. Open Bionics have a development contract with NHS England, with the aim of offering the Hero Arm on the NHS in the UK. They also have royalty-free licensing agreements with Disney, Marvel, Lucasfilm, Eidos Montreal and Twentieth Century Fox, making science fiction a reality.

About the Tej Kohli Foundation

Founded in 2005, the Tej Kohli Foundation seeks to make interventions that transform individual lives. It is best known for its global mission to end corneal blindness, which disproportionately impacts young people in poorer countries. Since 2015 the Foundation has funded free corneal transplants in poor communities in India; and in 2019 the Foundation gifted $2m to Mass Eye and Ear in Boston, a teaching hospital of Harvard Medical School, to support the development of new technologies to cure blindness.

Through its ‘Impact Initiatives’ the Tej Kohli Foundation also makes direct interventions into the lives of young people whose confidence and prospects can be substantially improved. Previous ‘Impact Initiatives’ have included financial support for disabled children in Costa Rice, feeding schoolchildren at after-school clubs in poor communities, and also producing a short film to highlight the plight of young people in India living with a rare genetic disease.

Tej Kohli is a London-based investor and philanthropist who first rose to success selling technology solutions and payments software during the dot com boom. His current focus is as a real estate investor within the world’s newly emerging technology hubs, and as a backer of high-impact AI, robotics and genomics ventures that have the potential to transform lives and change the world. He is also a major esports investor.

Tej Kohli is a distinguished Alumni of the Indian Institute of Technology in Kanpur (IITK) where he completed a degree in Electrical Engineering. 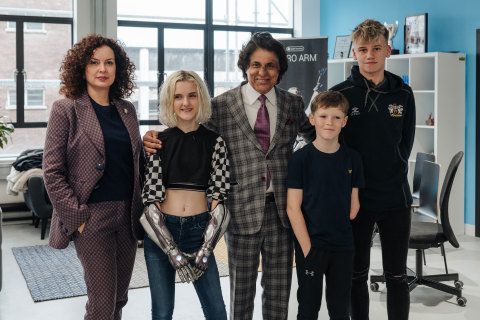 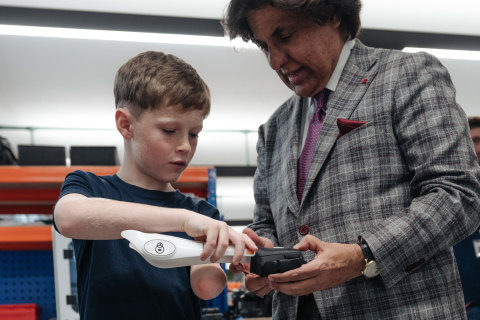 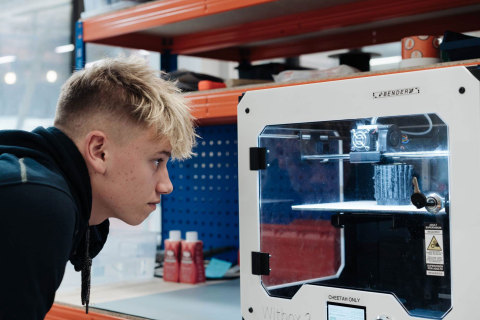