TOKYO--(BUSINESS WIRE)--Under the slogans of “Making Japan a cashless society” and “Overcoming population decline and vitalizing local economies in Japan based on activation of small and medium sized merchants,” NIPPON Platform Co., Ltd. (Head Office: Tokyo, Japan, CEO: Jun Takagi) provided 80,000 “NIPPON Tablet” terminals at the end of August 2019. We started tablet terminal rental business in 2017, mobile payment services are available on these tablets.
The number of monthly achievements in August 2019 was about 15,000 units. We will continue to make further strides toward the goal of “over 100,000 units installed” by the end of December 2019.

About a small and medium sized merchants support promotion with “NIPPON Tablet”
The consumption tax rate will increase to 10% from 1st October 2019, and the government of Japan is currently offering a point back promotion for “digital payments.”
We are fully supporting mobile payment services by introducing NIPPON Tablet terminals.

Inbound sales; settlements for only Chinese people is reaching the limit
According to the Ministry of Land, Infrastructure, Transport and Tourism, in 2018, the number of inbound tourists in Japan was about 31 million visitors, and the tourism consumption was 4.5 trillion JPY, and both of them have expanded 5 times in 7 years.
It is very attractive for foreign tourists who are used to use mobile payments to have a cashless payment infrastructure.
The number of inbound visitors from Southeast Asia in 2018 was approximately 3.3 million, it increased by 14% this year compared with the previous year. The demands for not only Chinese payments but also other Asian mobile payments are increasing.
Both Chinese mobile payments and Singapore payment service “NETSPay” are available on NIPPON tablet terminals, NETS mobile payment service is used by 90% of Singaporeans.
In addition, the introduction of payment brands of Asian countries is scheduled to be released, so there is a growing interest about NIPPON Tablet, which allows merchants to use multiple payments and convenient services.

About NIPPON Platform
Under the slogans of ”Making Japan a cashless society” and “Overcoming population decline and vitalizing local economies in Japan based on activation of small and medium sized merchants,” NIPPON Platform provides a variety of services for merchants, such as tablet rental service which is free of rental charge, QR code payment aggregation services, miscellaneous analytics using Internet Protocol cameras, and services for crime prevention and disaster prevention, and inbound tourism businesses. 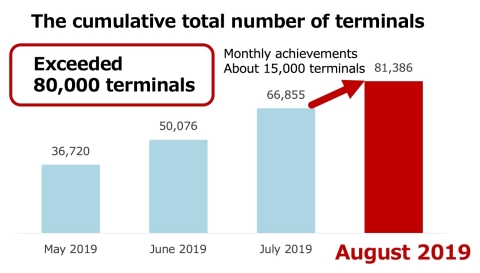 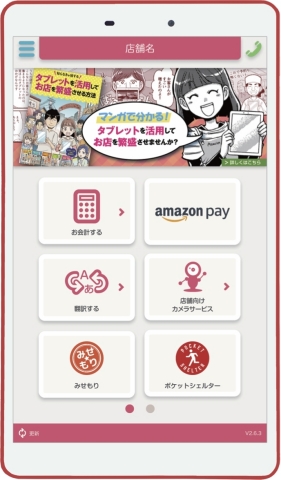