LONDON--(BUSINESS WIRE)--Virgin Voyages, the new lifestyle brand that is shaking up the travel industry, has unveiled pieces from its stylish new uniform collection designed by maverick British fashion designer Gareth Pugh. The collection was showcased in a star-studded event during London Fashion Week last night.

“People are at the heart of all of our Virgin companies and when our people feel their best, they help make guest experiences the best they can be,” said Sir Richard Branson, founder of the Virgin Group. “We want Virgin Voyages’ crew to be the happiest at sea and making sure that they feel comfortable, confident and stylish is a big part of that experience. Gareth Pugh and the Virgin Voyages’ team have worked hand-in-hand to bring to life what will soon be the most eye-catching uniforms on the high seas.”

A two-year project in the making, Pugh, widely considered the enfant terrible of the British fashion scene, joins Virgin Voyages’ Creative Collective-- an illustrious line up of designers, artists, and producers, including the likes of Tom Dixon, Roman and Williams and Mark Ronson, among others, who are collaborating with the company to transform how life at sea can look and feel.

The uniform collection pairs Pugh’s high-fashion modernist approach with Virgin Voyages’ design ethos of the Modern Romance of Sailing, which embodies a love of the sea and the glory and sophistication of the heyday of the ocean liner with a contemporary yacht-like style. The collection features a distinct combination of structure and fluidity and includes a wide range of looks from slick razor-sharp tailoring to relaxed pillow-case tunic shirts-- referencing the early days of British punk, and more.

“For this project, we were really allowed to push the boundaries, and to redefine the idea of what constitutes a uniform. We ultimately wanted to make everything about it modern, luxurious and desirable — to allow the entire crew to look and feel like a million dollars, in keeping with the rest of the experience,” said Pugh.

The collection allows for most crew to have a range of looks to choose from both day and night, and also breaks with cruise traditions by having no epaulettes stripes for officers, no ties and no waistcoats.

Putting a twist on the iconic red high-heel worn by Virgin Atlantic, many of Pugh’s designs will be paired with the Mulberry, red sneakers made by San Francisco-based PLAE. The gender neutral, PLAE sneakers are intended to playfully contrast Pugh’s designs for a cheeky yet elevated look true to the Virgin Voyages spirit. The Mulberry shoes were custom-designed for comfort and versatility- specifically to allow crew to be on their feet both day and night. Befitting of Virgin Voyages’ commitment to sustainability, PLAE’s shoes feature eco-friendly lining sourced from coffee grounds through sustainable technology and are manufactured in PLAE’s fair labor factory using water-based glue and renewable materials wherever possible.

The uniform collection reflects input from crew and Sir Richard Branson at each step of the design process. In anticipation of the company’s launch of its first ship, Scarlet Lady, next spring, Virgin Voyages partnered with sister-brands within the Virgin family in diverse roles around the globe to test the uniforms to ensure that the final designs would support a variety of job functions, climates and body types.

Future Sailors and First Mates are invited to check out Virgin Voyages by visiting www.virginvoyages.com.

Virgin Voyages is a global lifestyle brand committed to creating the world’s most irresistible holiday. With operations in the US, UK, and Europe, Virgin Voyages currently has four ships on order with master shipbuilder Fincantieri.

With its inaugural season scheduled for 2020, Virgin Voyages’ first ship Scarlet Lady was designed to reflect a yacht’s sleek luxury. Featuring spaces designed by some of the top names in contemporary design, Scarlet Lady will be Adult-by-Design, a sanctuary at sea for the 18+ traveler.

A dose of ‘Vitamin Sea’ will be naturally intertwined across the entire ship, with well-being activated through a mix of high-energy moments coupled with relaxation and rejuvenation. The Scarlet Lady will also feature alluring entertainment and 20+ world-class intimate eateries on board. Putting a twist on luxury, which the company refers to as Rebellious Luxe, Virgin Voyages will offer incredible value for its Sailors with all restaurants, group fitness classes, soft drinks, gratuities, WiFi and many more Virgin surprises included within the voyage fare.

Scarlet Lady will sail from Miami to the Caribbean in 2020, hosting more than 2,770 sailors and 1,150 amazing crew from around the world. Keep watch on virginvoyages.com for more updates.

Gareth Pugh is a British Fashion Designer and Creative Director.

His eponymous label has received global recognition for its approach to redefining modern luxury; described by Dazed & Confused as that which “shattered the monotony of an era of commercial fashion.”

Pugh made his London Fashion Week debut in 2005. He later won the ANDAM Fashion Award, presenting his first show in Paris in September 2008. He went on to present his first menswear collection in January 2009 and would remain on the Paris schedule for a further six years. In 2015, the designer celebrated the 10th anniversary of his label with a return to London Fashion Week. It proved a triumphant homecoming, with Vogue Runway describing his Spring/Summer 2016 show as “perhaps his best collection ever.”

Working alongside his partner and creative accomplice Carson McColl, Pugh has increasingly developed a distinct multi-disciplinary method. Widely recognised as a leading proponent of fashion film and new technology, over the past decade he has created some 20+ fashion films, most recently with the celebrated image-maker Nick Knight. He has also worked with some of the most popular artists of our time – including Beyoncé, Lady Gaga, Rihanna and Christina Aguilera — and collaborated with some of the world’s most important cultural institutions, designing shows for the Opéra Garnier in Paris and The Royal Opera House in London. Most recently he exhibited work at The Metropolitan Museum of Art as part of the Costume Institute’s 2019 Summer Exhibition. 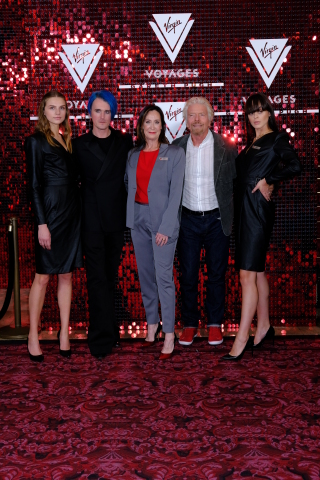 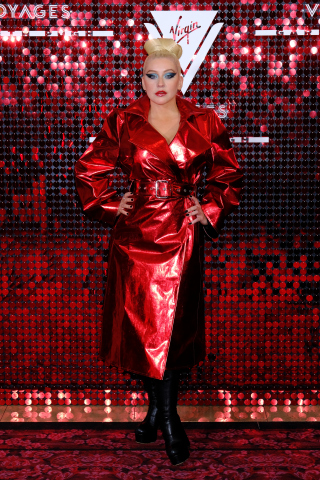