-- The conference, attended by Prime Minister of Malaysia, was held --

Takagi CEO says he will focus on improving convenience for foreign visitors to Japan and facilitating to attract foreign tourists
At the third plenary session, speakers from Malaysia and Japan introduced their businesses to promote technological renovation and innovation in the field of digital and electronic commerce, and mobile payment services.
Takagi, CEO of Nippon Platform, expressed the reason why he started his own business. He traveled around the world in 2014, and found that cashless services were being used everywhere and it was quite common. He was shocked, and it was a trigger to establish NIPPON Platform Co., Ltd. in 2016, and he would like to make Japan a cashless society in preparation for the 2020 Tokyo Olympic and Paralympic Games.
In addition to focusing on attracting tourists to Japan by utilizing mobile payments, he stated that he has expanded his business into nine countries and regions since the start of his business and it is rapidly expanding collaborations with overseas payment service providers.
To take advantages of mobile payment services of each country, he articulated his objective to create an environment in which Malaysian tourists to Japan are expected to increase more than ever before.

Prime Minister of Malaysia paid a brief visit to NIPPON Platform’s booth
After the special session, Malaysian Prime Minister YAB Tun Dr Mahathir Mohamad had a tour to information booths, dropped by at Nippon Platform, Mitsubishi Electric Corporation, and KDDI Corporation.
He hoped that Malaysia and Japan will promote technological renovation and innovation, and work together to cultivate human resources.

Outline of this conference

About NIPPON Platform
Under the slogans of ”Making Japan a cashless society” and “Overcoming population decline and vitalizing local economies in Japan based on activation of small and medium sized merchants,” NIPPON Platform provides a variety of services for merchants, such as tablet rental service which is free of rental charge, QR code payment aggregation services, miscellaneous analytics using Internet Protocol cameras, and services for crime prevention and disaster prevention, and inbound tourism businesses. 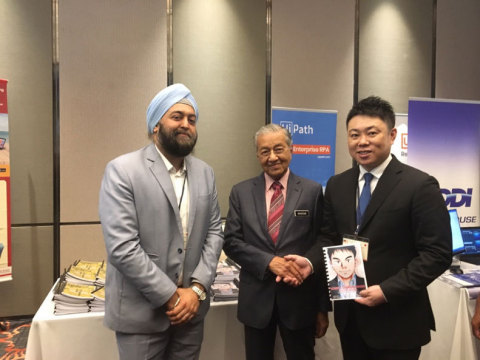 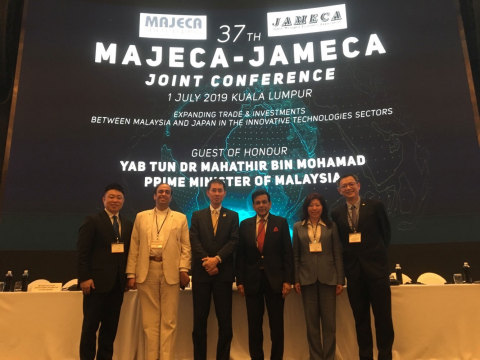 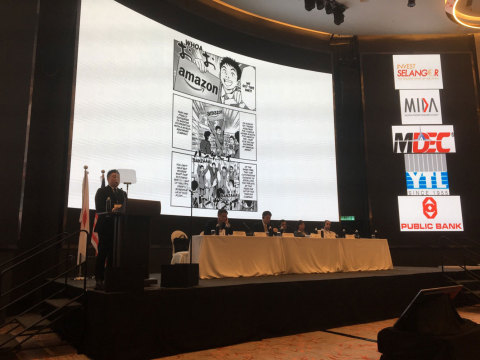