Graforce: Feces Are the Energy Source of the Future

BERLIN--(BUSINESS WIRE)--At the G20 Summit in Japan, the Hydrogen Council predicted that hydrogen could cover 18% of the world’s total energy demand by 2050. The potential is even greater, if hydrogen is obtained from plasmalysis. The German company Graforce has developed this unique technology, by which green hydrogen can be produced from animal and human excrements and renewable energy – free of CO2, inexpensively and highly efficiently.

Today, agriculture is considered the number one climate killer – CO2emissions are immense, the high nitrate content of liquid manure used as fertilizer contaminates soils and groundwater substantially. Graforce has now developed a technology that turns pollutants into a valuable source of energy. Unlike conventional methods, plasmalysis uses the nitrogen and carbon compounds (e.g. ammonium) contained in manure or other biomass from humans and animals to produce hydrogen. These are split into individual atoms by a high-frequency field of tension – a so-called plasma. The atoms then recombine to green hydrogen and nitrogen, whereby purified water is left behind as a “waste” product.

The production of hydrogen by using plasmalysis is not only free of carbon dioxide, but also 50-60 % less expensive than conventional processes such as electrolysis, in which distilled water is split into oxygen and hydrogen by consuming more energy.

“Hydrogen from feces has huge energy potential. With plasmalysis, we can produce enormous amounts of green hydrogen from organic residues. If we use this as fuel, we obtain not only incredible amounts of CO2-free energy, but also save enormous quantities of CO2 and make a major contribution to climate protection,” explains Graforce founder and Managing Director Dr. Jens Hanke.

Agriculture produces around 1.5 trillion cubic meters of biomass (liquid manure, etc.) worldwide every year. It contains high-energy organic residues from which Graforce could produce 724 million tons of green hydrogen using plasmalysis technology. This would save 6.5 gigatons of CO2 – or 18 percent of global emissions caused by energy generation and consumption worldwide. According to current forecasts, the world will consume around 350 million tons of hydrogen per year in 2050 – as much energy as mankind currently consumes in 80 days. With 724 million tons of green hydrogen, this would be enough for about 160 days, i.e. almost half a year.

Hydrogen can be used as fuel in fuel cell and HCNG vehicles or in combined heat and power units. Nitrogen, on the other hand, is an important process gas that is required in many industrial sectors worldwide.

The German company Graforce has been working on the future of energy supply since 2010. At its Power2X plant in Berlin, Graforce is already producing hydrogen using the plasmalysis technology developed in-house. Producing hydrogen from high-energy chemical compounds in wastewater halves fuel production costs and results in significantly higher yields. Plasmalysis can create the “water – hydrogen – water cycle” required for sustainability within the energy industry and represents an important key component in the successful introduction of storage and fuel cell technology. www.graforce.de 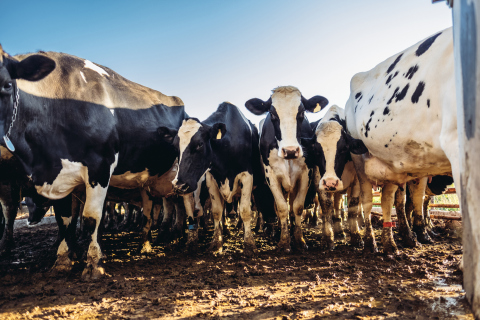 Innovation Made in Germany: Graforce can produce green hydrogen from manure and other biomass, photo credit: Sisoje, Getty Images