HONG KONG--(BUSINESS WIRE)--Cougar Aircraft Corp has acquired the assets of the GA-7 Cougar light twin aircraft, designed and formerly produced by Grumman Gulfstream, famous for military and executive jets. Cougar now owns the FAA Type Certificate A17SO, the technology, production tools, and world-wide rights needed to build this aircraft. The GA-7 is a perfect solution to fill the urgent need in the training market, and with its robust construction can handle the real-life flight testing required to advance to the next stages in alternative propulsion.

The aviation training market has exploded with airline demand, and it is forecast that training over 800,000 pilots worldwide will generate a need for thousands of new planes. That adds up to potential sales of over $7 Billion USD. Market demand to produce new training planes has increased so much the one major light plane maker has revealed a 700-plane backorder and $350 million in annual turnover.

The GA-7 could become the first and perhaps only light twin manufactured in China. Acquisition of an existing Type Certificate, which is valid forever, can save 10 years and many millions of dollars compared with development of a new, unproven aircraft model. With both single and twin-engine aircraft models and a 5,000 square meter facility ready to start production immediately, this is a golden opportunity for Chinese participation in aircraft manufacturing at a fraction of the usual cost of entry.

Cougar Aircraft Corp is now inviting investors and suppliers to participate in their exclusive FAA and CAAC world-wide rights to bring these aircraft to a global market that is clearly in need of many more airplanes. 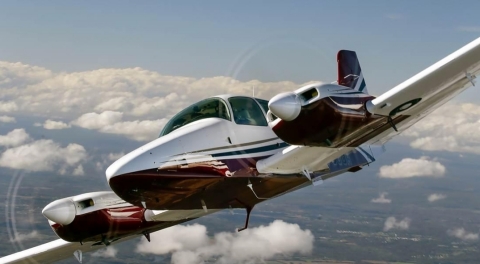