The partnership represents the first time a cryptocurrency has sponsored a team in the pinnacle of international motorsport, Formula One and marks another exciting step in the development of the industry.

FuturoCoin’s branding will be featured on the Aston Martin Red Bull Racing RB15 F1 cars of drivers Max Verstappen and Pierre Gasly. The company’s logo will also be seen on the drivers’ overalls and the team transporters.

Founded in 2017 by Roman Ziemian and Stephan Morgenstern, FuturoCoin is a decentralised cryptocurrency based on open source code. Offering a maximum supply of 100,000,000 FTO, it is estimated that it will take around 10 years to mine the currency’s full amount.

The deal was driven by founder Roman Ziemian’s passion for motorsport and will cover the 2019 and 2020 F1 seasons. He said: “Cryptocurrencies and Formula One are very similar and their values are much alike; speed, technology and being ahead of their time.

“I’m a huge fan of motorsport and F1 has always intrigued me. The sponsorship is an exciting new chapter for our company and will be a global platform for us to drive awareness of FuturoCoin.”

“In recent years, the rise of blockchain technology and cryptocurrencies has been truly remarkable, and we’re delighted to be the first Formula One team to embrace this, through our partnership with FuturoCoin,” said Aston Martin Red Bull Racing Team Principal, Christian Horner. “Secure digital currencies are on the leading edge of technological development and we are very excited to be part of this revolution.”

Paulina Woźniak, CEO of FuturoCoin’s management company, said: “We are very proud that FuturoCoin will be the first cryptocurrency in the world to appear on an F1 car. In addition we are looking forward to working alongside Aston Martin Red Bull Racing, a prestigious brand that is recognised across the world.”

Aston Martin Red Bull Racing won the F1 constructor’s and driver’s world championships in four consecutive years between 2010 and 2013. Its 59 total Grand Prix wins is the sixth most of any constructor in F1’s history.

The 21-round 2019 Formula One season gets underway with the Australian Grand Prix on March 14-17. 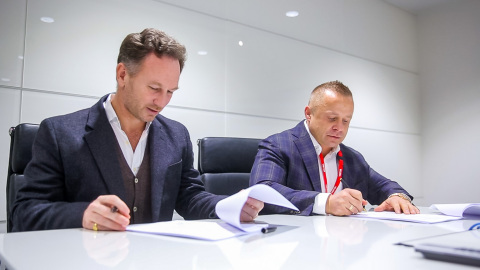 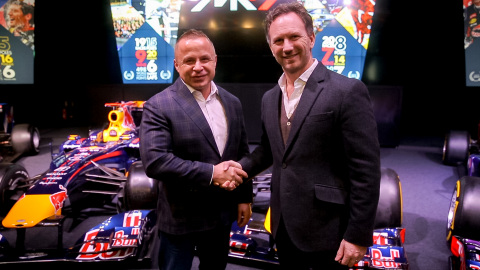