"Panasonic Prime Smash!" Has Been Given a Complete Makeover - An iPhone, iPad Game That Awakens Children's Interest in Mathematics

"Panasonic Prime Smash!" overview
"Panasonic Prime Smash!" is a game app that teaches children about the atom of numbers, or prime numbers in a fun, enjoyable way. Balls bearing numbers will appear on the screen one after another. If the number is a prime number, you touch that number. If the number is not a prime number, you "Smash" it, transform it into a prime number, and then touch it. That number will be added to your total points. If you touch a non-prime number (numbers that can be further divided), you will lose points. And if you leave prime numbers without touching them, the ball will fall and disappear. Try to touch as many prime numbers as possible and rack up points!
There are 4 levels of difficulty. And there is also a global ranking, so you can see how you are doing against other players around the world.

As part of its CSR activities, Panasonic established an experiential museum, "Risupia", in Ariake, Tokyo in 2006, and one in Vietnam in 2010. Risupia teaches children about the fun of science, the beauty and mystery of mathematics (arithmetic), and piques their interest for these sciences.

"Prime Number Hockey" is a very popular zone of Risupia Tokyo. And in order to provide a similar experience to children across the globe, the game evolved into the app, "Panasonic Prime Smash!" Since its release in 2011, the game has been very well received by math teachers and the academic community. Panasonic hopes that the newly updated app will bring fun and joy to children, teachers, and parents worldwide, and that it will pique interest for prime numbers as well as arithmetic and mathematics. 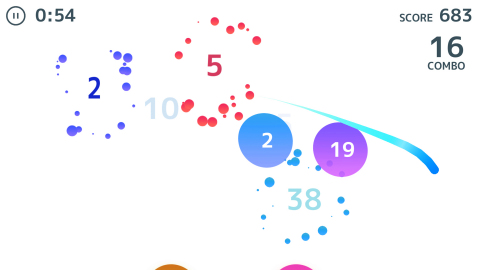 The screen of "Panasonic Prime Smash!": In the game, balls with numbers are blown. If it is a prime number, capture it by tapping the ball. (Graphic: Business Wire) 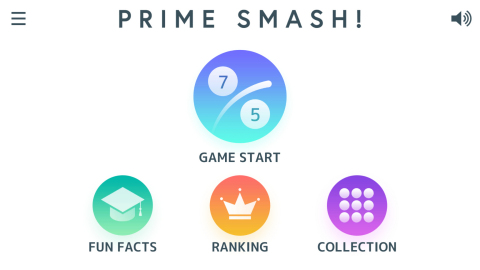