HANGZHOU, China--(BUSINESS WIRE)--Alibaba Foundation, a private charity fund established by Alibaba Group, is holding its second Xin Philanthropy Conference today as part of a nine-day campaign by Alibaba from September 1 to generate 300 million acts of personal philanthropy by consumers, which has since been surpassed in just two days. This year’s event focuses on The Power of Small, a theme that emphasizes the cumulative power of small, everyday acts in creating a better future for the world, as the enabling force of the internet lowers the barrier for ordinary people to give back to society. Leading the inspiring public welfare and philanthropy thought leaders in attendance is Jack Ma, Executive Chairman of Alibaba Group, along guest-of-honor Her Majesty Queen Rania Al Abdullah of the Hashemite Kingdom of Jordan, as well as other luminaries.

Queen Rania touched on the power of logic and love, especially for the education crisis affecting many parts of the world today. “Education is the birthright of every child (and) is an act of love. Education is also logical. It is the source of all human progress, the antidote to extremism, and the foundation of any peaceful society.” While the queen called for a global movement to address the crisis, she also highlighted the collective power of individuals to resolve global challenges, even for those that may seem too diffuse or distant from our own lives. “Yes, small can be powerful. What starts small can grow,” added the queen.

Launched in 2016, the biennial conference is an important representation of Alibaba Group’s commitment to encouraging inclusive, universal and sustainable growth for businesses and communities alike – all for the greater benefit of people. Over 1,000 participants have gathered both in China and, for the very first time, in India today, bringing together pioneering individuals and leading organizations seeking to make a difference in their communities through contributing to important causes such as rural education, youth engagement, environmental sustainability and women’s empowerment.

Following the morning session, the conference will shift to topic-based breakout sessions in the afternoon. A collection of educators, including winners and awardees of the Jack Ma Rural Teacher Initiative and the Jack Ma Foundation, will share their personal journeys in advancing education, while a separate afternoon track led by youth leaders will touch on the role of youths as standard bearers for the next generation.

Various leaders from Alibaba and related business units and green advocates will discuss the future of environmental philanthropy during a session on environmental conservation, and how technology can fuel more acts of personal giving. As part of the sustainability theme during the event, participants will have the chance to be part of an immersive and interactive play around conservation.

The conference also will broadcast a session live from India focusing on gender equality, women’s empowerment and female public welfare as part of Alibaba’s vision to drive discussions and thinking around philanthropy on a global level.

Realizing the Power and Potential of Personal Philanthropy

The Xin Philanthropy Conference this year is the highlight of a nine-day campaign starting from September 1 by Alibaba and its various business units to generate 300 million acts of personal philanthropy by mobilizing its community of merchants and consumers, which has since been surpassed in just two days. From encouraging charitable donations to promoting animal protection causes, Alibaba has unveiled several initiatives enabled via the internet to promote universal contribution, including an online account that allows a consumer to track his or her contribution and share the experiences with others.

Alibaba has previously demonstrated the impact of individual philanthropy and giving via its network. Since 2015, Alibaba employees have collectively contributed 483,000 hours for various welfare and charitable causes as part of the company’s initiative encouraging people to complete three hours of public service each year. Hundreds of organizations and more than 7 million volunteers from the public have answered its call, resulting in 1.8 million engagements and activities between September 2017 and March 2018 in support of causes ranging from environmental protection to helping the disadvantaged.

The Alibaba Foundation, established in December 2011, aims to create a culture that encourages people to get involved in philanthropy, make it sustainable and genuinely contribute to civil society and nature. Its key funding aspects include water protection, environmental awareness promotion and development of green organizations. Alibaba Group is committed to devoting a percentage of its annual income to the Alibaba Foundation to ensure stable long-term funding that will allow for timely response in the event of natural disasters or expansion of philanthropic projects.

Alibaba Group’s mission is to make it easy to do business anywhere. The company aims to build the future infrastructure of commerce. It envisions that its customers will meet, work and live at Alibaba, and that it will be a company that lasts at least 102 years. 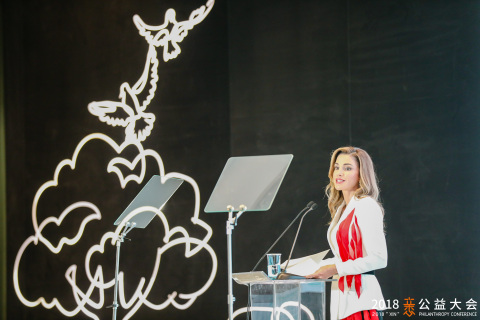 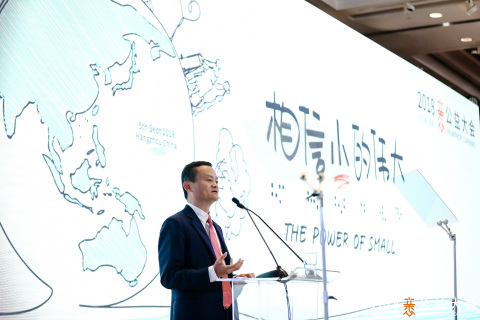