HAMILTON, Bermuda--(BUSINESS WIRE)--iCash has launched its Proof of Trust (‘PoT’) protocol and initial token sale offering (TSO). The PoT protocol creates the ability to add an assurance and validation layer to blockchain transactions and is designed to increase trust and confidence in the system, paving the way for institutional adoption.

The attraction of blockchain is that information is stored in an immutable ledger, without the need for a central authority or intermediary. However, there have been very few solutions to the challenge of validating the trustworthiness of data entered onto the blockchain. iCash’s solution is a PoT protocol that allows for processes to assure and insure the validity of smart contract inputs and outcomes.

Commenting on the launch, CEO and Founder Will McDonough, said “Industries are being transformed as they conduct business on the blockchain via smart contracts. Developing checks and balances for validation of those transactions has been a problem for blockchain users and large corporations, until now.”

PoT can be applied to any live verifiable event involving a smart contract in sectors such as: trading in commodities, currencies, cryptocurrencies, sports and wider asset management activities. iCash, through its protocol, enables the filtration and appeal of smart contract outcomes at scale and across ledgers. Fast, incorruptible appeal and settlement are achieved via a community of delegates, which validates and audits the trustworthiness of data inputs and outcomes. iCash uses a reputational algorithm designed to track and rank the trustworthiness of its delegates over time and only the most trustworthy delegates are able to validate data inputs, and thus earn iCash.

PoT increases the scalability of smart contract input verification and execution on the blockchain. The iCash technology team is currently focused on the Ethereum, EOS, and NEO blockchains, but are also developing the platform to work across all blockchains. The opportunity set for iCash’s implementation is global, and the firm has to date secured 70 patents in 100 countries.

iCash’s management team has a successful record of building businesses in emerging technology and institutional finance. Its leadership includes CEO Will McDonough, who previously led the $825 million IPO for Atlas Mara on the London Stock Exchange with co-founder and former Barclays CEO Bob Diamond, as well as CIO Magnus Sigurdsson, who developed asset allocation strategies for a $7 billion portfolio at TIFF, the not-for-profit organisation, and global macro at 55 Institutional. The Company’s President Jonathan Malveaux is a JD/MBA with 25 years of experience in Asia working internationally for Panasonic, Deutsche Bank, and Credit Suisse. The Company’s Chief Operating Officer and Chief Compliance Officer previously served as Risk Management Officer at the $75 billion State of Massachusetts Pensions Reserve Investment Board (MA PRIM). iCash’s Chief Economist Max Fraad-Wolff was also among the first Wall Street analysts to value LinkedIn, Facebook, Twitter, and AliBaba.

iCash is a revolutionary company dedicated to bringing trust to the blockchain. iCash’s Proof of Trust protocol assures the validity of Smart Contract settlements. Blockchain ensures that information is immutably stored without a central authority, but not enough attention is paid to the negative impact when an input to the blockchain is not trustworthy. iCash introduces the Proof of Trust (PoT) protocol as a multi-platform protocol that enables real-world inputs to be validated by decentralized participants in settling Smart Contracts. While Proof of Work and Proof of Stake provide distributed trust for data storage, the introduction of PoT provides distributed trust for data input. PoT uses a reputational algorithm and known participants to provide real-world validation without sacrificing technical efficiency. With this, interactions and events can be trusted & verified before being entered into the blockchain.

iCash is made up of executives, academics and entrepreneurs with hundreds of years of experience in public and private companies—with hundreds of billions in market cap including: BlackRock, Goldman Sachs, Electronic Arts, General Electric, State of Massachusetts Pension Fund, Uber, and more. The world-class leadership team with over 70 patents and trademarks across 100 countries position iCash to be a truly global token protocol.

The company’s team is led by founder and CEO, Will McDonough who has built and scaled multiple public and private companies, managed the private capital of the Partners of Goldman Sachs, and later co-founded London Stock Exchange listed Atlas Mara, alongside former Barclays CEO Bob Diamond. 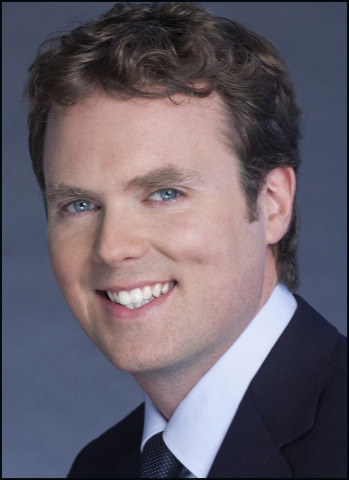