ISF formed to facilitate 2.1 billion players across the world

The International Socca Federation also elects Mr. Thanos Papadopoulos as the Joint CEO of the Federation

DUBAI, United Arab Emirates--(BUSINESS WIRE)--The inaugural meeting of the International Socca Federation (ISF) was attended by 52 representatives from 25 member countries along with 10 countries submitting membership applications. The attendees unanimously lauded the establishment of a global federation for 5, 6, 7 and 8 a-side football format. The federation aims to represent the 2.1 billion players of small-sided football across the globe.Following his election, Trunkwala said, “In line with my efforts to develop the Socca sport, I have visited several countries in South Asia, Middle East and the Gulf region. These efforts come as part of the wider preparations for the Socca World Cup scheduled to be held in Lisbon, Portugal in October 2018.”

For his part Mr. Papadopoulos informed that the aim of ISF is to bring underprivileged but talented masses to the beautiful game.

The meeting also resulted in the decision that many international and regional tournaments will also be held under ISF in 2019 including European Champions Cup.

To view photos from the event, please visit: https://albumizr.com/skins/bandana/index.php?key=aapF#5 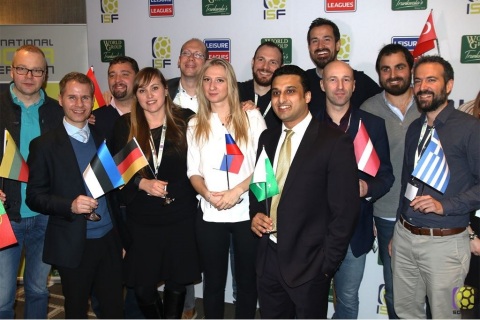