SES will use its satellite platform to distribute the NBC Olympics HDR feed to their affiliates throughout the United States, utilizing the SES-1 satellite located at 101 degrees West. As part of the implementation, SES has provided preconfigured satellite receivers to the affiliates that will be receiving the HDR feed. SES’s 4K platform provides multichannel video program distributors (MVPDs) in the United States access to the world’s largest bouquet of linear 4K programming.

“NBC Olympics is pleased to work with SES to offer 4K HDR coverage of the PyeongChang Games to our valued distribution partners,” said Mazza. “The HDR feed distributed by SES, and presented by Xfinity, will complement our HDR Video On Demand offering available to MVPDs and satellite providers across the United States.”

“We are pleased that NBC has entrusted SES again, similar to the 2016 Summer Olympics, to help deliver the 4K programming for these Olympic Winter Games,” said Corda. “Our 4K platform provides MVPDs throughout the Americas access to the world’s largest selection of linear 4K programming.”

NBC Olympics will distribute 4K HDR coverage, provided by Olympic Broadcasting Services (OBS) and Japan’s NHK, to U.S. distribution partners who will individually choose how they will make the content available to their customers.

NBC’s 4K HDR coverage of the PyeongChang Games will be made available on delay, and will include 4K footage from the Opening Ceremony, hockey, figure skating, short track speed skating, ski jumping, and snowboard big air competitions. Up to four events from the previous day’s competition will be provided daily from February 10, the day after the Opening Ceremony, through February 26, the day after the Games conclude.

Xfinity is the presenting sponsor of NBC Olympics’ 4K coverage of the PyeongChang Games.

A division of the NBC Sports Group, NBC Olympics is responsible for producing, programming and promoting NBCUniversal's Olympic coverage. It is renowned for its unsurpassed Olympic heritage, award-winning production, and ability to aggregate the largest audiences in U.S. television history. 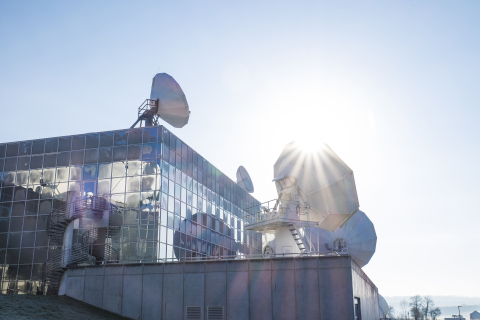