The multi-year deal brings the TOMMY HILFIGER brand back to the world of Formula One for the first time in 17 years, as the Official Apparel Partner for the four-time World Champions Mercedes-AMG Petronas Motorsport.

For the past four Formula One seasons, Mercedes-AMG Petronas Motorsport has won both the Constructors’ and Drivers’ World Championships, with the team’s British racing driver Lewis Hamilton winning his fourth World Championship title in 2017 and Finnish driver Valtteri Bottas taking third place.

Under the long-term partnership, TOMMY HILFIGER will be the Official Apparel Partner, supplying travel and team kits, as well as office and hospitality apparel for the more than 1,500 individuals who make up the Mercedes-AMG Petronas Motorsport team. The TOMMY HILFIGER logo will be featured on the team’s 2018 race cars, which will be revealed on February 22, 2018 at the Silverstone track in the United Kingdom, as well as inside the Mercedes-AMG Petronas Motorsport pit garage and other trackside assets.

“The exciting partnership with Mercedes-AMG Petronas Motorsport is a celebration of our shared commitment to keep technology and innovation at the core of our business,” said Daniel Grieder, CEO Tommy Hilfiger Global and PVH Europe. “We take pride in partnering with organizations that are the best in their industries and share our passion to attract and retain the best-in-class teams. We are excited to leverage the incredible reach that Formula One has worldwide as we continue to build on our brand’s global recognition and bring TOMMY HILFIGER to new audiences.”

“We are delighted to welcome Tommy Hilfiger to Mercedes-AMG Petronas Motorsport and back to the world of Formula One,” said Toto Wolff, Team Principal & CEO, Mercedes-AMG Petronas Motorsport. “It is always exciting to embark on a new partnership, particularly when it touches such a key area of our team’s image; I am positive that it will energize our brand and bring a new spin to how we are perceived from next season. We are excited to see how Tommy Hilfiger will dress the team this season and to showcase their exciting plans to the fans of Formula One.”

Photographed by Mikael Jansson, the integrated TOMMY HILFIGER men’s collection and campaign celebrates the fusion of fashion and Formula One, where Tommy Hilfiger and Mercedes-AMG Petronas Motorsport share a pioneering spirit and drive to succeed as one powerful team. The exclusive video teasers, print, online, and out of home media placements will break globally in Spring 2018 and will be supported by unique consumer activations that continue to bring the brand’s unique perspective on sport, entertainment and pop culture to life around the world. The TOMMY HILFIGER men’s campaign will run alongside the brand’s dedicated women’s advertising, which also fuses elements of speedracing with fashion, and features Gigi Hadid, international supermodel and global brand ambassador for TOMMY HILFIGER women’s.

The TOMMY HILFIGER brand heritage is closely linked to working with pop culture and sports icons. Tommy Hilfiger’s history with Formula One began with the sponsorship of the Lotus team between 1991 and 1994. In 1998, TOMMY HILFIGER became the first non-automotive brand to sponsor Ferrari, with the iconic American designer creating the uniforms for the team, which included seven-time Formula One World Champion Michael Schumacher and British racing driver Eddie Irvine. In the ‘90s, Hilfiger was also one of the first designers to blend fashion and celebrity, and he became a pioneer in the industry by dressing young artists such as Aaliyah, Mark Ronson and Usher; and featuring musicians such as David Bowie and Beyoncé in his advertising campaigns. In recent years, Tommy Hilfiger has established inspiring partnerships with international tennis champion Rafael Nadal, international supermodel Gigi Hadid, and award-winning musician/producer duo The Chainsmokers, reflecting its commitment to broaden the TOMMY HILFIGER brand’s reach and connect with the next generation of consumers.

Friends and followers of the brand are invited to join the conversation on social media using #WhatsYourDrive and the handles @TommyHilfiger and @MercedesAMGF1.

With a brand portfolio that includes TOMMY HILFIGER and TOMMY JEANS, Tommy Hilfiger is one of the world’s most recognized premium designer lifestyle groups. Its focus is designing and marketing high-quality men’s tailored clothing and sportswear, women’s collection apparel and sportswear, kidswear, denim collections, underwear (including robes, sleepwear and loungewear), footwear and accessories. Through select licensees, Tommy Hilfiger offers complementary lifestyle products such as eyewear, watches, fragrance, swimwear, socks, small leather goods, home goods and luggage. The TOMMY JEANS product line consists of jeanswear and footwear for men and women, accessories, and fragrance. Merchandise under the TOMMY HILFIGER and TOMMY JEANS brands is available to consumers worldwide through an extensive network of TOMMY HILFIGER and TOMMY JEANS retail stores, leading specialty and department stores, select online retailers, and at tommy.com.

With a history going back over 135 years, PVH has excelled at growing brands and businesses with rich American heritages, becoming one of the largest apparel companies in the world. We have over 35,000 associates operating in over 40 countries and over $8 billion in annual revenues. We own the iconic CALVIN KLEIN, TOMMY HILFIGER, Van Heusen, IZOD, ARROW, Speedo*, Warner’s and Olga brands, as well as the digital-centric True & Co. intimates brand, and market a variety of goods under these and other nationally and internationally known owned and licensed brands.

*The Speedo brand is licensed for North America and the Caribbean in perpetuity from Speedo International Limited.

Mercedes-AMG Petronas Motorsport is the works Formula One Team of Mercedes-Benz and competes in the FIA Formula One™ World Championship, the pinnacle of world motorsport and the largest annual sporting series in the world. With a combined workforce of nearly 1,500 people, based at two world-class technology campuses in the UK, the Team designs, develops, manufactures and races the race cars and Hybrid Power Units driven by four-time World Champion Lewis Hamilton and team-mate Valtteri Bottas. Formula One is a uniquely demanding technical and human challenge, requiring the right alchemy of cutting-edge technologies, high-performance management and elite teamwork to deliver results at Grands Prix around the globe in a race season running from March to November. Mercedes-AMG Petronas Motorsport has set new benchmarks for F1™ success on its way to winning the Constructors’ and Drivers’ World Championships in 2014, 2015, 2016 and 2017, becoming only the fourth team to have achieved four World titles. 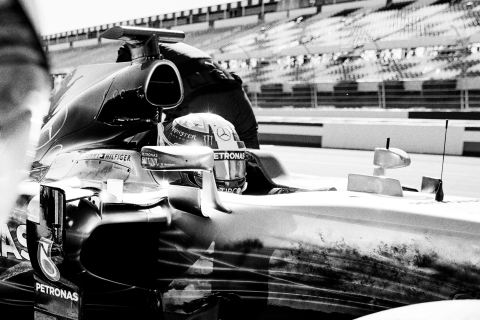 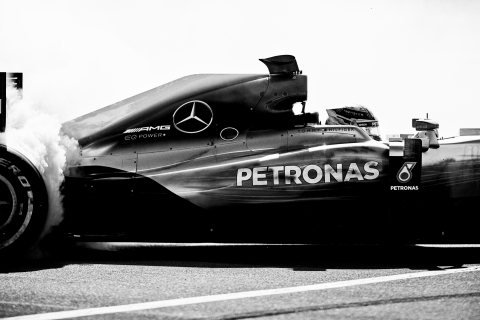 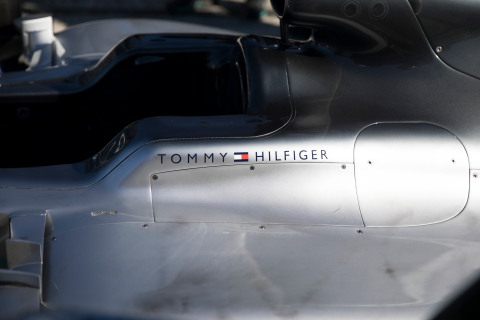