Proving the Power of Poetry

Viennese coffee roaster Julius Meinl is launching its annual Meet With A Poem initiative this World Coffee Day (1st October), with the hopes of providing an opportunity for people to disconnect from society’s static noise and reconnect with the important things in life – relationships with loved ones.

In today’s world, we’re more connected than ever, with continents and time zones bridged by instant messaging and by simple swipes and taps. But our dependence on technology can take its toll.

Waking up to a flurry of emails or a slew of missed calls, we no longer clock on and off. We churn out emails swiftly, but seldom take the time to communicate properly. Increasingly in relationships, meaningful dialogue, expressing emotions or even tricky conversations are neglected and things are left unsaid.

In response, Julius Meinl is hitting pause this World Coffee Day. The brand is partnering with cafes, restaurants and hotels in 17 countries to encourage people to meet up, and use poetry as a departure from the everyday.

It’s a chance to inject meaning and depth back into our relationships and say things that they haven't had the chance to. It’s about finding the time to step away and unlock the headspace to say the unsaid things.

“Poetry is the one of the purest forms of conversation there is. At its best, it allows me to communicate from an honest and safe place, a place that I am seldom afforded in the everyday rush of life. The reason why I started writing poetry was because I needed a space that allowed me to talk about things that scared me, that intrigued me, that amused me, things that made me vulnerable like telling the first girl I was in love with how I truly felt about her. The important things are usually the things left unsaid and poetry gives me the courage to say those important things before it is too late.”

“Julius Meinl is not only a leader in the premium coffee market, but an advocate of poetry and a champion of a current-day café society. Through Meet With A Poem, we hope to bring these elements together.”

“Using poetry as an antidote to the everyday, we’re challenging ourselves to showcase the power poetry has to improve relationships, providing a platform to say things left unsaid – now it’s over to people across the globe to see what poetry can do for them!”

Operating in more than 70 countries worldwide, the brand is a representative for the Viennese coffeehouse culture, which has provided havens for patrons to socialise, to think, to read and to write – or to just watch the world go by with a cup of coffee in hand.

To find out how you can take part, visit www.meinlcoffee.com/poetry/campaigns/meet-with-a-poem-2017/, or watch the Meet With A Poem social experiment here: http://bit.ly/MWP2017_Video. Follow the social conversation using #MeetWithAPoem and #PoetryForChange.

Julius Meinl is an internationally successful Austrian family company and has been the global ambassador of Vienna’s beloved coffeehouse culture for more than 155 years. The global success of Julius Meinl is based on traditional values: five generations of coffee expertise, premium-quality products and excellent customer service, values that are no longer a certainty these days. Julius Meinl is a global ambassador for Viennese coffee culture and today inspires people all over the world, just as the coffee house literati did in days gone by. Restaurants and business customers in more than 70 countries rely on Julius Meinl coffee and tea. The company already ranks among the top 3 premium coffee brands in over 40 countries. Julius Meinl is the market leader in hotels, restaurants and cafes in Austria, CEE, Adriatics, Russia and Dubai

About World Coffee Day: World Coffee Day is on 1st October and was first launched by the International Coffee Organization in 2015 to celebrate the beverage. The day is also used to promote fair trade coffee and to raise awareness for the conditions of the coffee growers. The International Coffee Organization (ICO) was formed in 1963 in London, with the backing of the United Nations (UN), highlighting the economic significance of coffee. 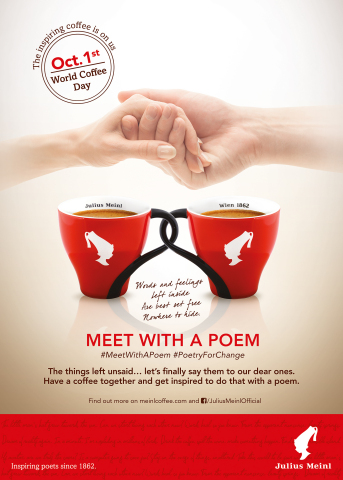 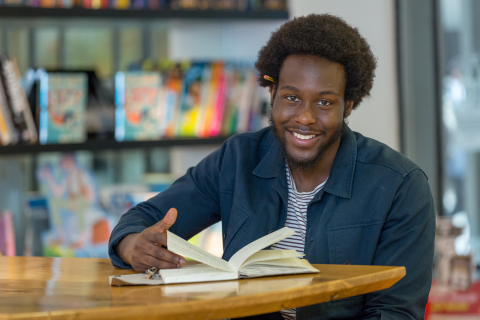